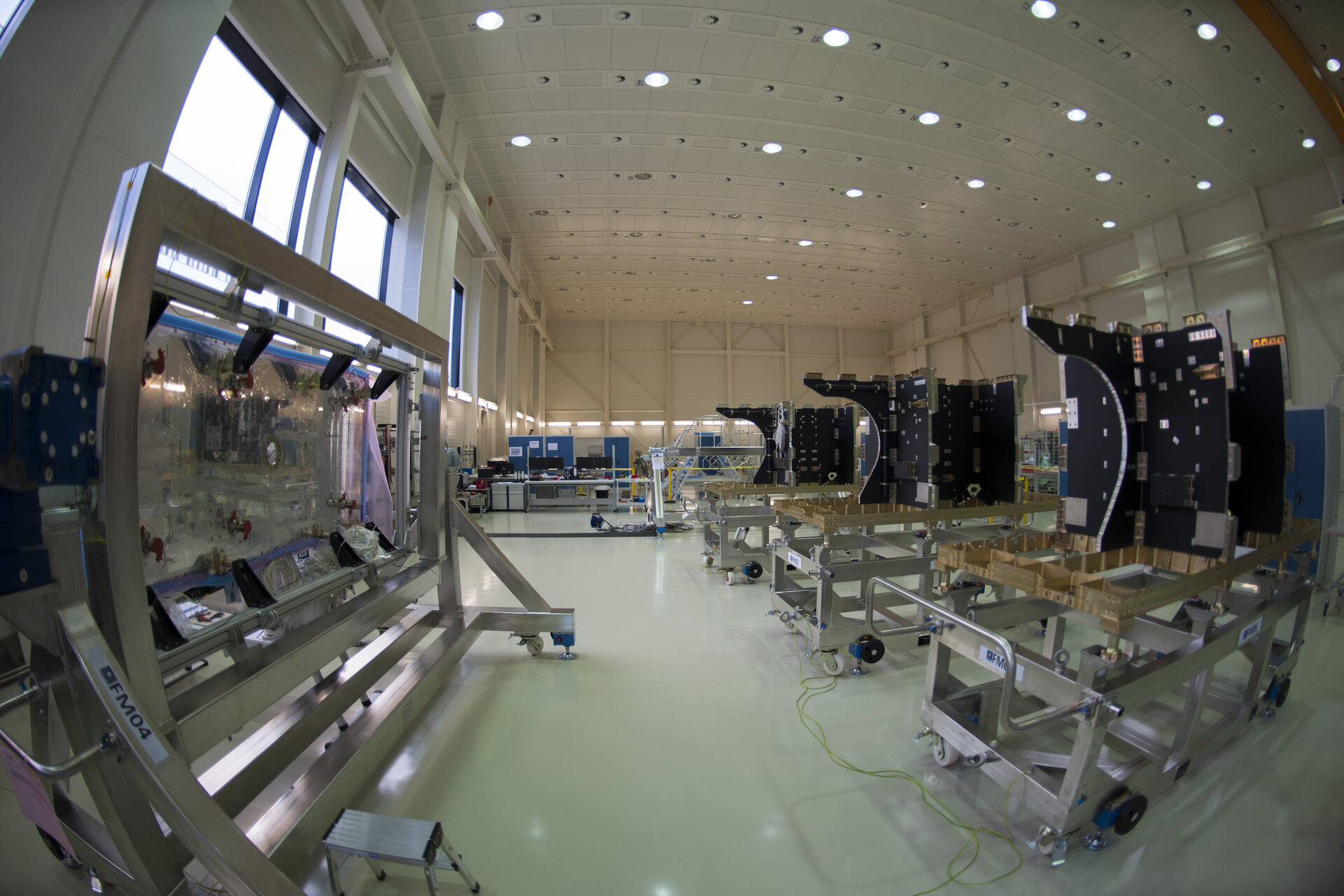 Three of the first six Galileo FOC satellites at OHB

Three of the first six Galileo Full Operational Capability (FOC) satellites being assembled and prepared for the testing phase at OHB, Bremen, on 19 September 2012.

The FOC phase consists of the deployment of the remaining ground and space infrastructure. It includes an intermediate initial operational capability phase with 18 satellites in operation (the four IOV satellites plus 14 others). The full system will consist of the complete satellite constellation, control centres located in Europe and a network of sensor stations and uplink stations installed around the globe.