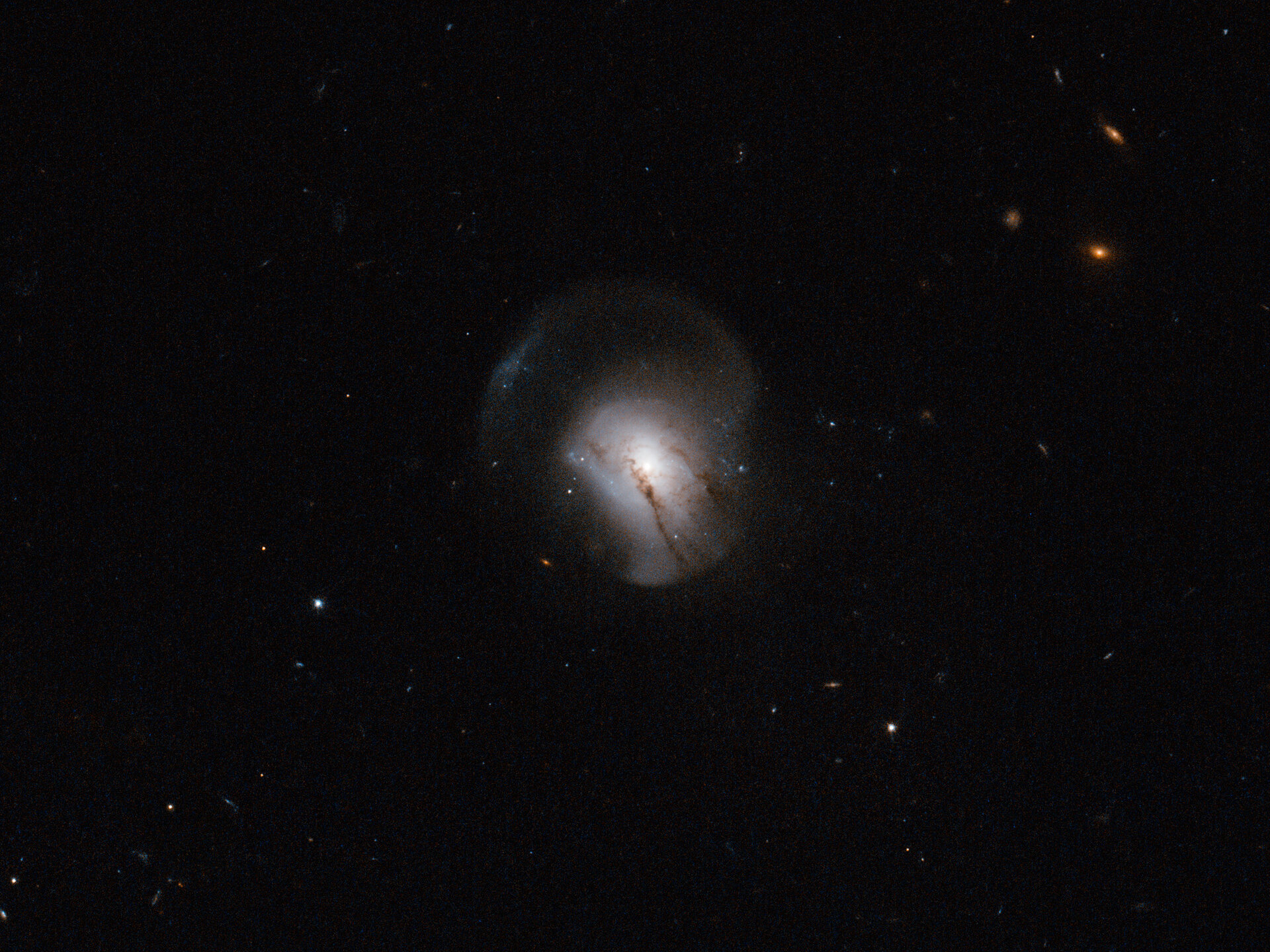 Hubble watches the lights go out

Galaxy 2MASX J09442693+0429569 imaged by Hubble. This elliptical galaxy has entered a transitional phase from a young, star-forming galaxy to an older, larger, "red and dead" galaxy. Here, two galaxies have collided, exhausting the gases in the surrounding area and stopping the process of star birth. By contrast, as Hubble looks deeper into the Universe, galaxies show much more vigorous star birth. A merger is also predicted to happen between our own Milky Way Galaxy and neighbouring Andromeda in about four billion years.