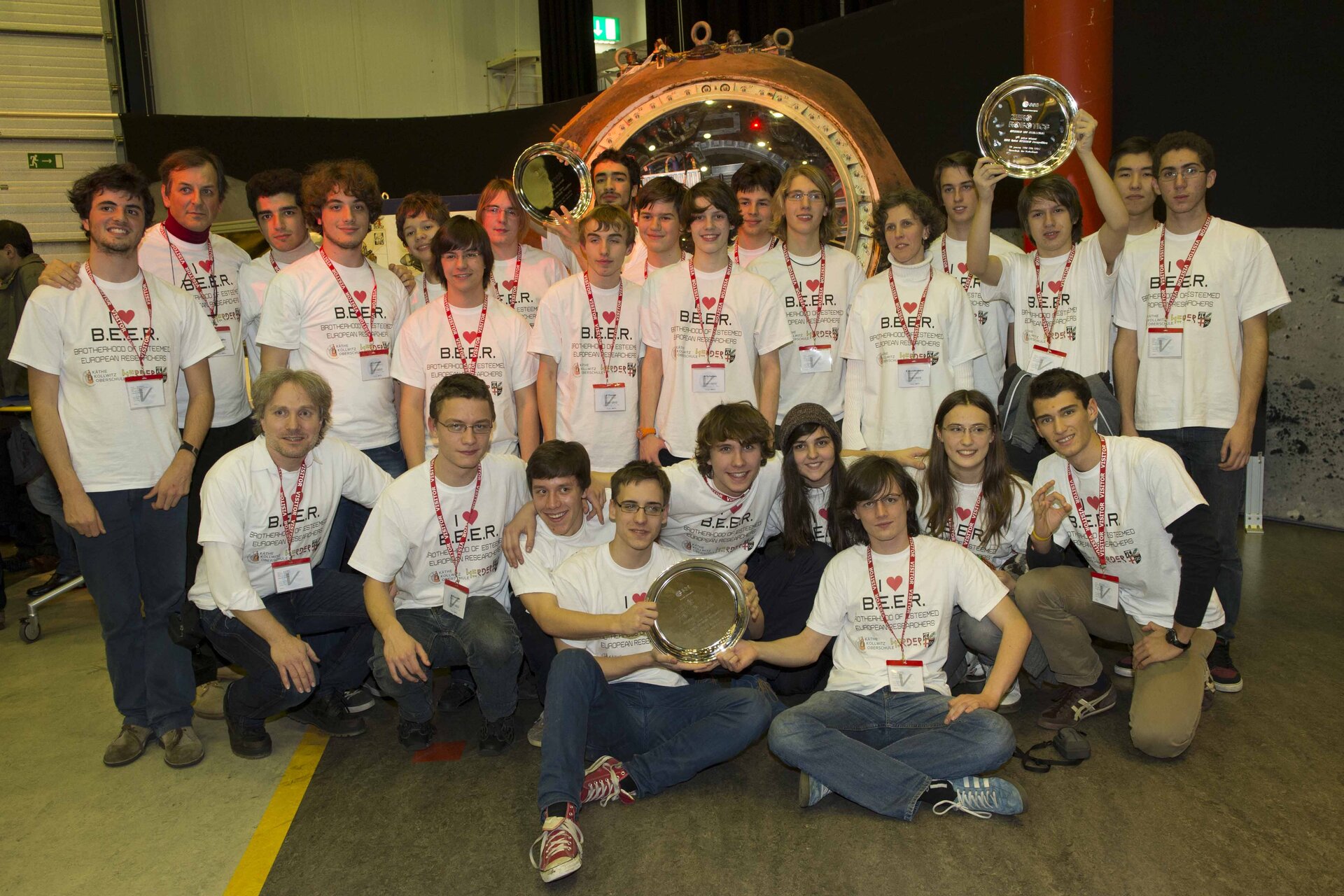 The winning team of the 2013 Spheres ZeroRobotics tournament was the BEER alliance – the Brotherhood of Esteemed European Researchers. German and Italian high-school students developed the software that calculated the winning path for their robot in an exciting final game that demonstrated Newton’s laws of motion

Each year a tournament is held where students earn points by writing control algorithms to operate droids on the International Space Station and by choosing the best tactics to win the game. The European finalists of 2013 consisted of six alliances from Italy, Germany, Spain and Portugal.