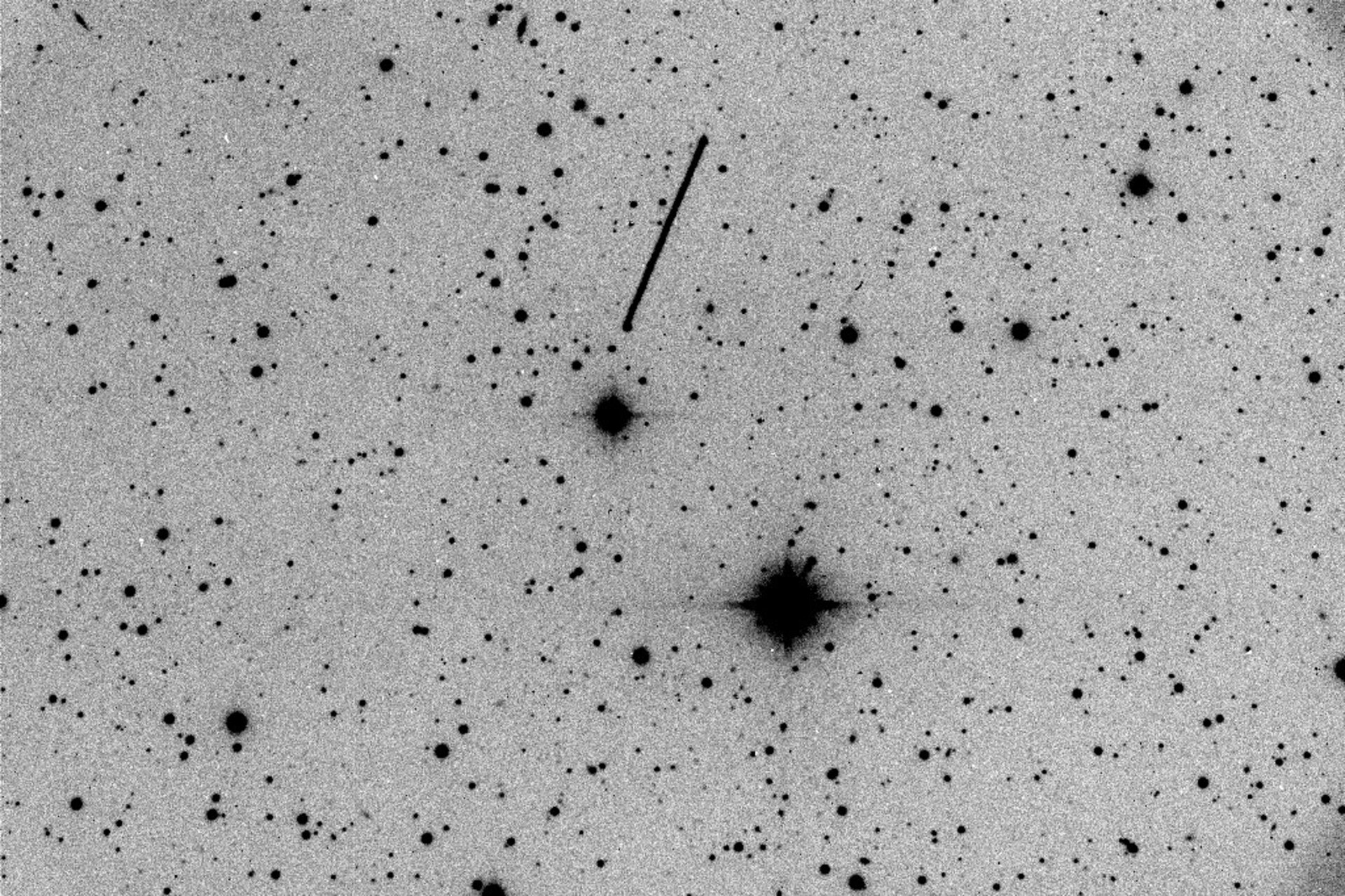 In this image acquired by amateur astronomer Dave Herald, Murrumbateman, Australia, asteroid 2012 DA14 is seen as a streak running almost vertically at centre. It is a three-minute min exposure, with the asteroid seen at -82.5 degrees and heading south. The streak is quite regular - indicating no major brightness variations over a time scale of three minutes. At closest approach, the object will be moving so fast as to cover this distance in approximately 15 seconds.