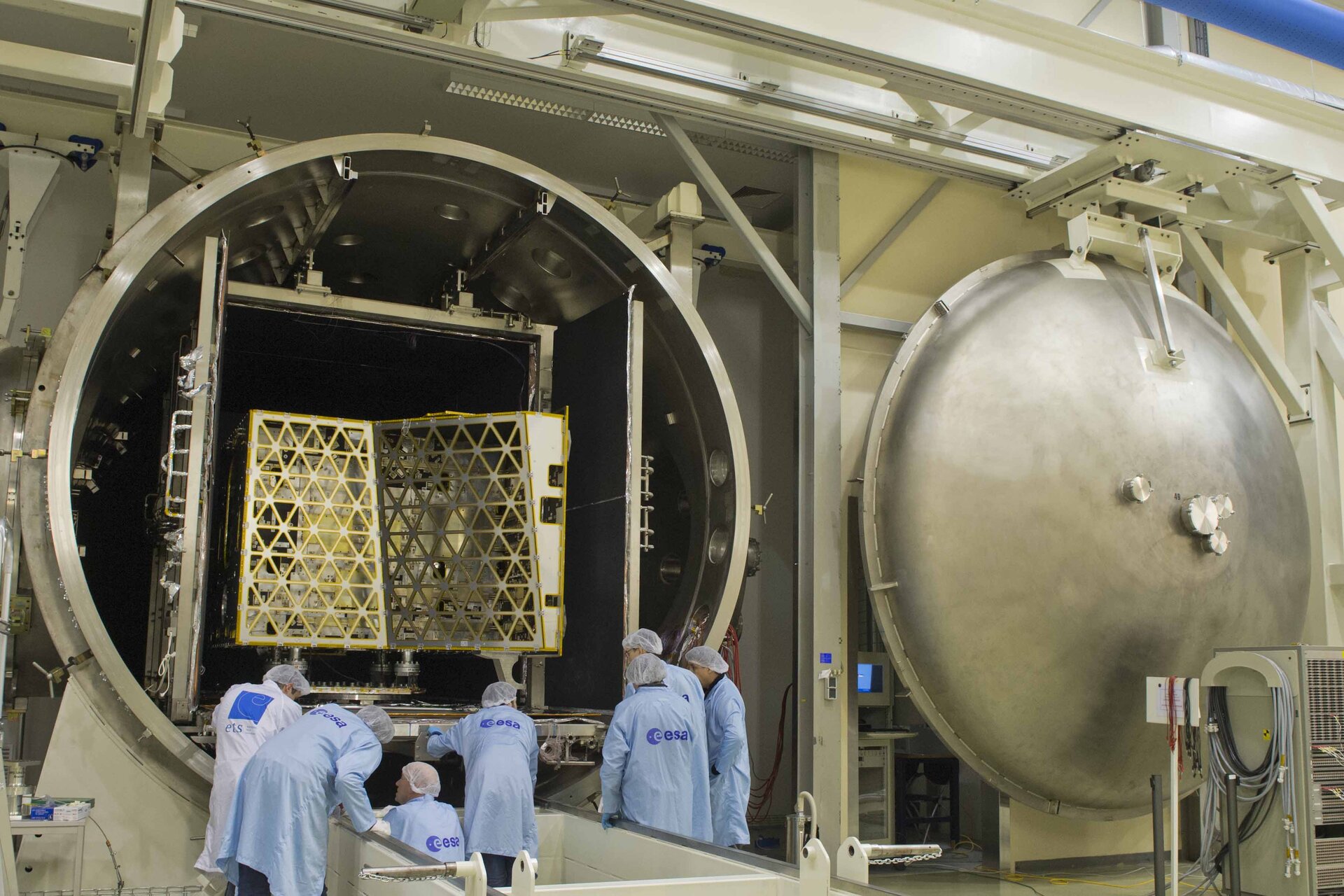 The Mercury Planetary Orbiter, part of ESA's BepiColombo mission to Mercury, placed in the Phenix thermal vacuum facility on 17 January 2012 in preparation for its 'bake-out'. After 23 days of sustained heating to remove potential contaminants the test was completed and the chamber reopened on 14 February 2013. A new test facility called Phenix hosted the bake-out, a 4.5 m-diameter stainless steel vacuum chamber 11.8 m long, with an inner box called the ‘thermal tent’ whose six copper walls can be heated up to 100°C or cooled via piped liquid nitrogen down to –190°C, all independent from each other.