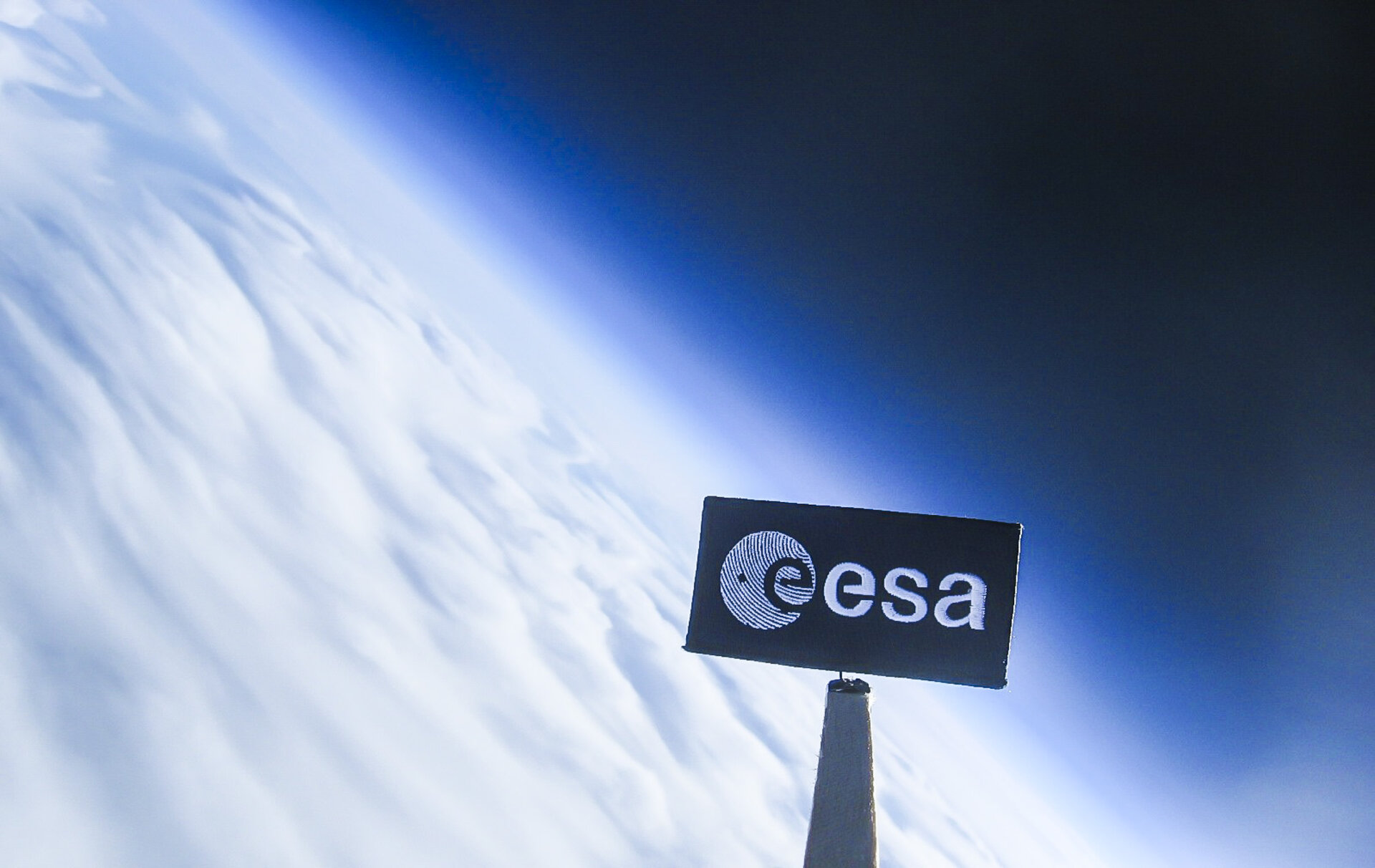 UK company Vorticity Ltd are flying weather balloon to test parachute designs for future Mars landings. With the Red Planet’s atmosphere around a hundred times thinner than Earth’s, the terrestrial stratosphere makes a workable match for Mars. This ESA patch was flown on 22 January 2013 as part of one such payload,captured by one of the package’s cameras just south of Bicester in Oxfordshire above 34 km altitude, just before the balloon burst.