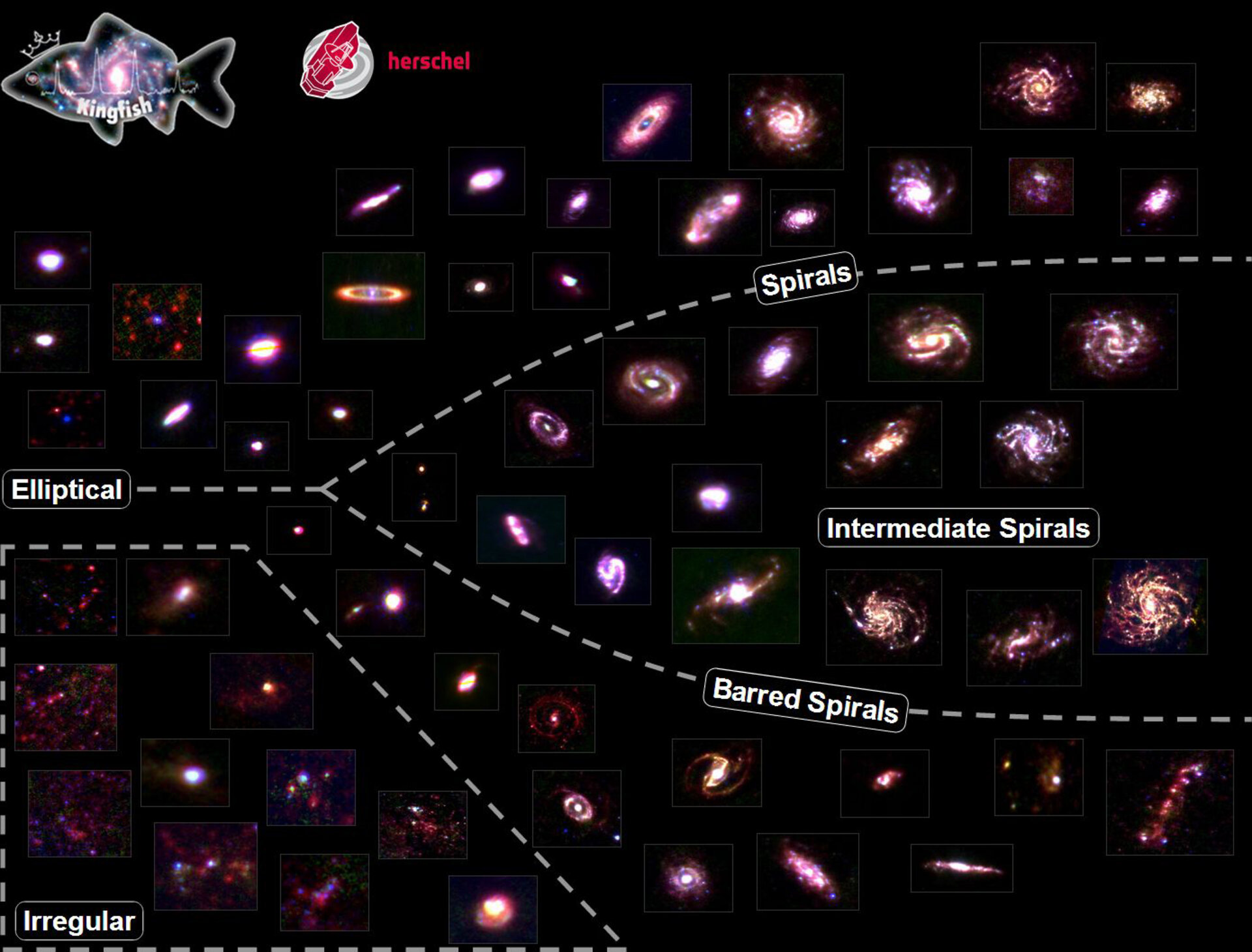 Launched in May 2009, the European Space Agency's Herschel Space Observatory carries a 3.5 m diameter primary mirror, the largest single mirror ever sent to space and covers the entire range from far-infrared to submillimetre wavelengths. Herschel is currently mapping the invisible dusty and cold regions of the Universe, both near and far, with unprecedented sensitivity and resolution, revealing the star formation hidden in dusty cocoons.

KINGFISH (Key Insights on Nearby Galaxies: A Far-Infrared Survey with Herschel) is a survey of 61 galaxies located from 10 to 100 million light-years from us and chosen to be a representative sample of the nearby Universe.

This image displays the KINGFISH galaxies arranged in a Hubble tuning-fork diagram. This classification scheme invented by Edwin Hubble sorts galaxies based on their optical morphology (ellipticals, barred or non-barred spirals with various arm-structures, irregulars).