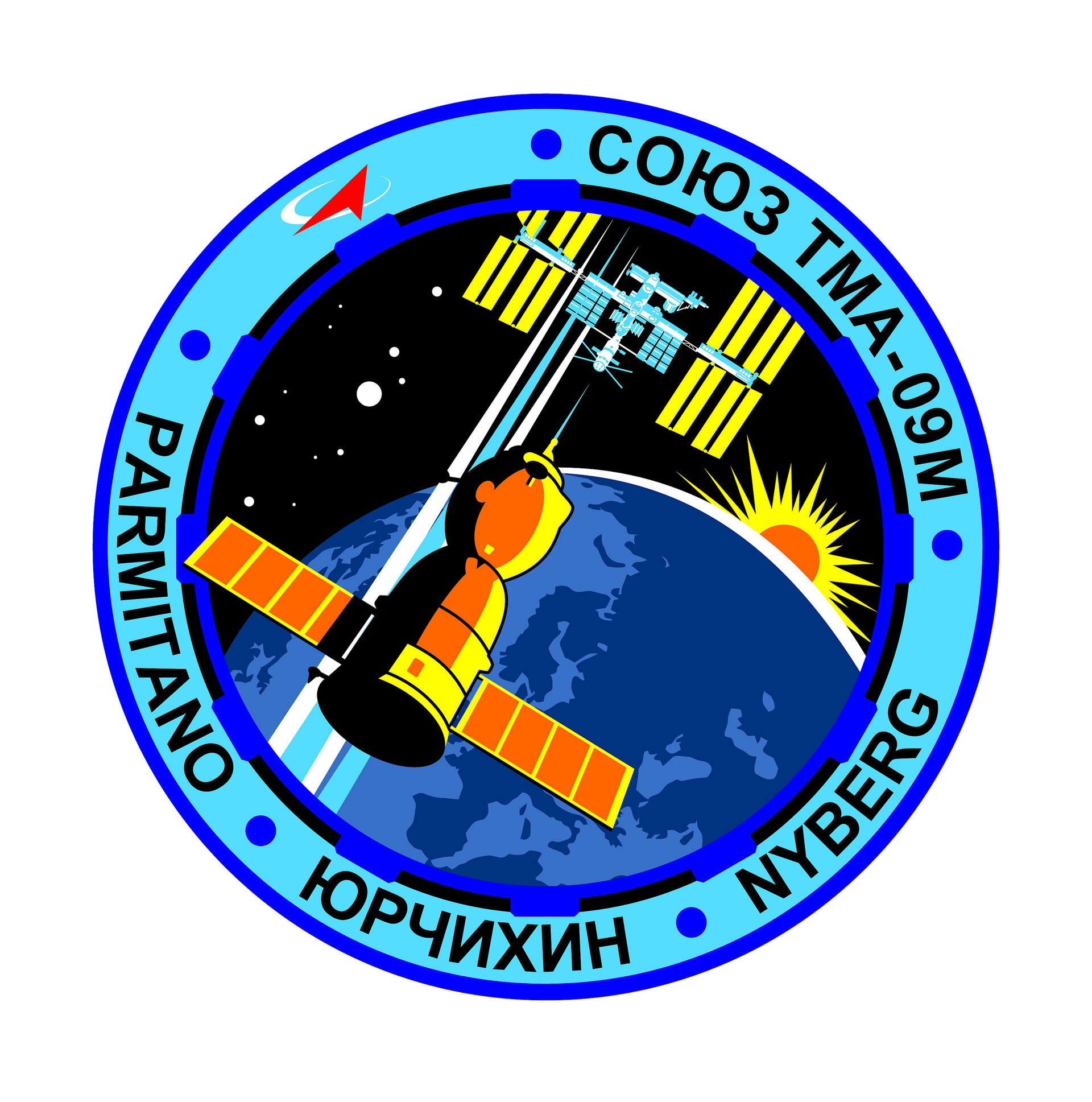 ESA astronaut Luca Parmitano (IT) is assigned to fly on the Soyuz TMA-09M spacecraft to the International Space Station, under an agreement with the Italian space agency ASI and NASA, scheduled for May 2013 and as part of the Expedition 36/37 crew. Expedition 37 begins with Parmitano, cosmonaut Fyodor Yurchikhin and NASA astronaut Karen Nyberg being joined by cosmonauts Oleg Kotov and Sergei Ryanzansky, and NASA's Michael Hopkins in September 2013.

The Soyuz TMA-09M patch designs shares elements of the two earlier Soyuz mission patches that Yurchikhin participated in (TMA-10 and TMA-19): a bright blue rim featuring the crew names with a dark blue border and a central field featuring Earth and spacecraft in yellow and orange. The white and light blue streaks underneath the Soyuz symbolise that this is the fourth mission to the ISS for Soyuz commander Yurchikhin; the first being on an American spacecraft during STS-112.
This design shares one element with another patch: the ISS is taken from the patch of Expedition 37, which Yurchikhin commands.
This patch was designed by Luc van den Abeelen, Dmitri Shcherbinin and Fyodor Yurchikhin.