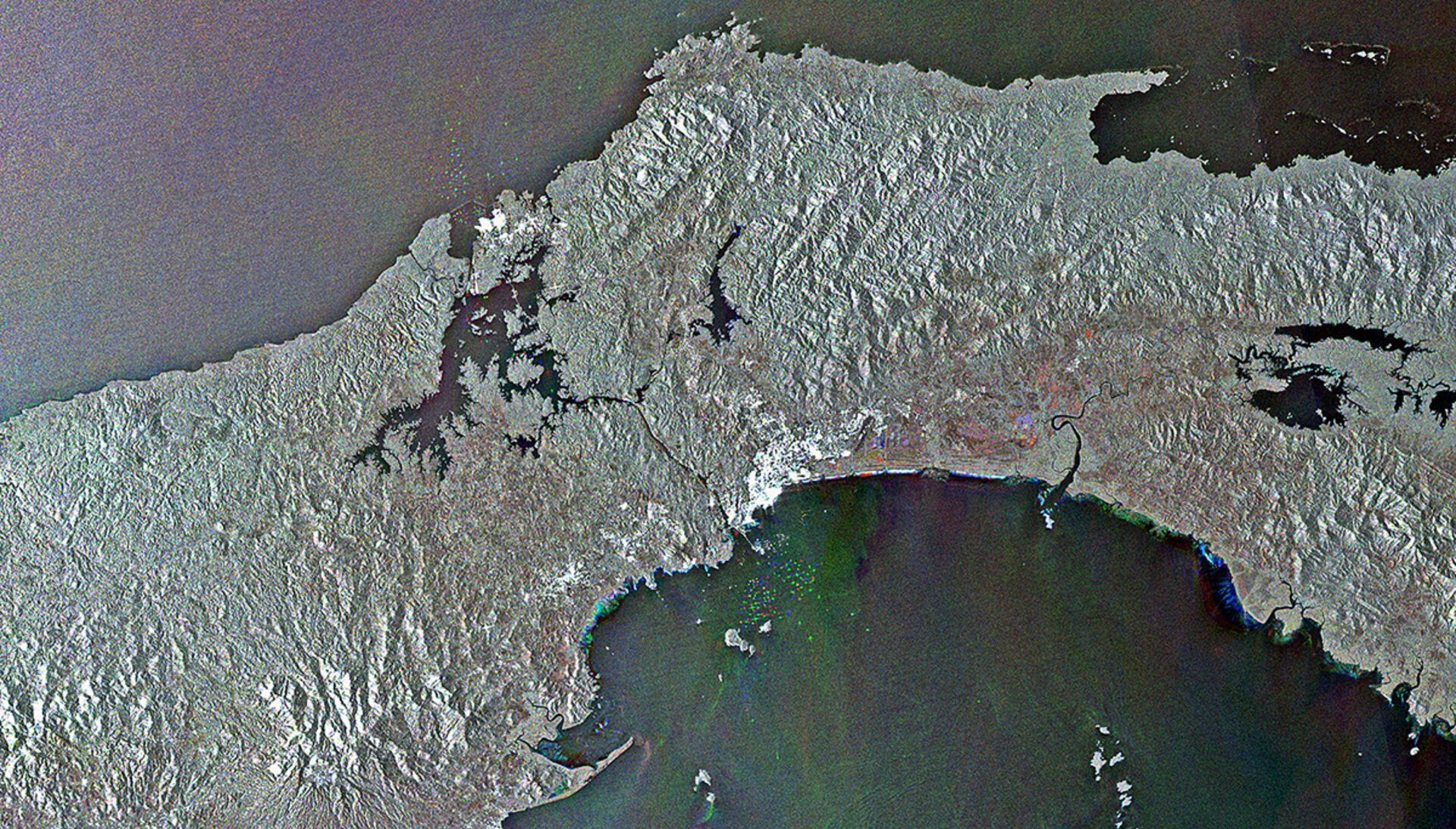 Central Panama and its 80 km-long ship canal that connects the Atlantic – via the Caribbean Sea – and Pacific Oceans are pictured in this Envisat image. On either end of the canal, ships that are entering, exiting and waiting to cross the waterway appear as dots of red, green and blue. We can even see them in the channel and in the large Lake Gatun. Also near either end of the canal, high radar reflections appear as clusters of white dots at Panama City on the southern shore and Colon on the northern shore. This image is a compilation of three images from Envisat’s radar acquired on 24 December 2011, 23 January 2012 and 22 February 2012.