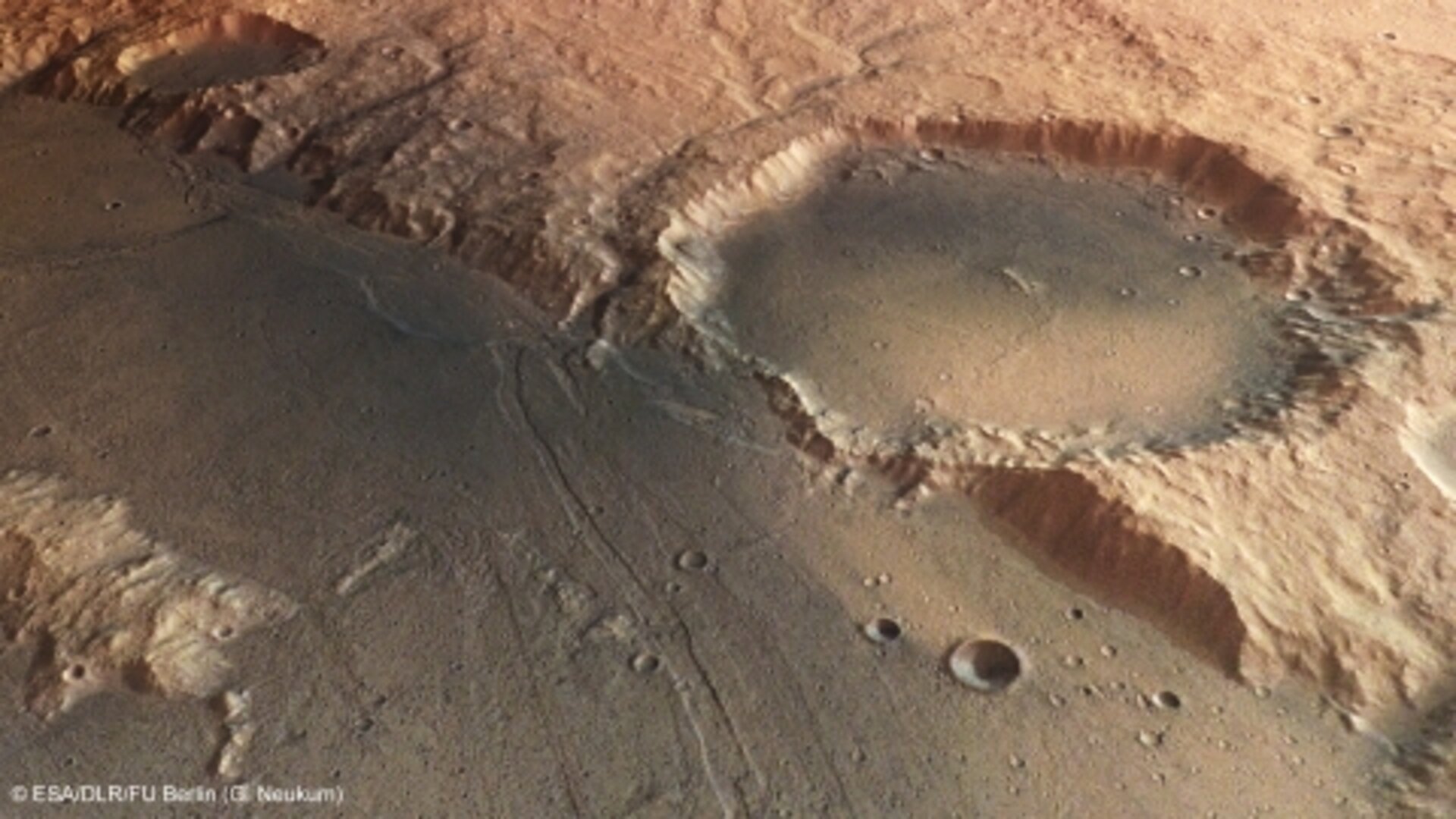 Computer-generated perspective view of the southeastern corner of the volcanic plains of Amenthes Planum, This view was created using data obtained from the High-Resolution Stereo Camera on ESA’s Mars Express. Imaged during revolution 11497 on 13 January 2013 and centred at around 3°S and 109°E, the image has a ground resolution of about 22 m per pixel. The image shows a 30 km-wide crater, the north eastern rim of which rests against a smooth volcanic trough that may have once transported fluvial and volcanic materials from Palos crater and Tinto Vallis into Amenthes Planum.