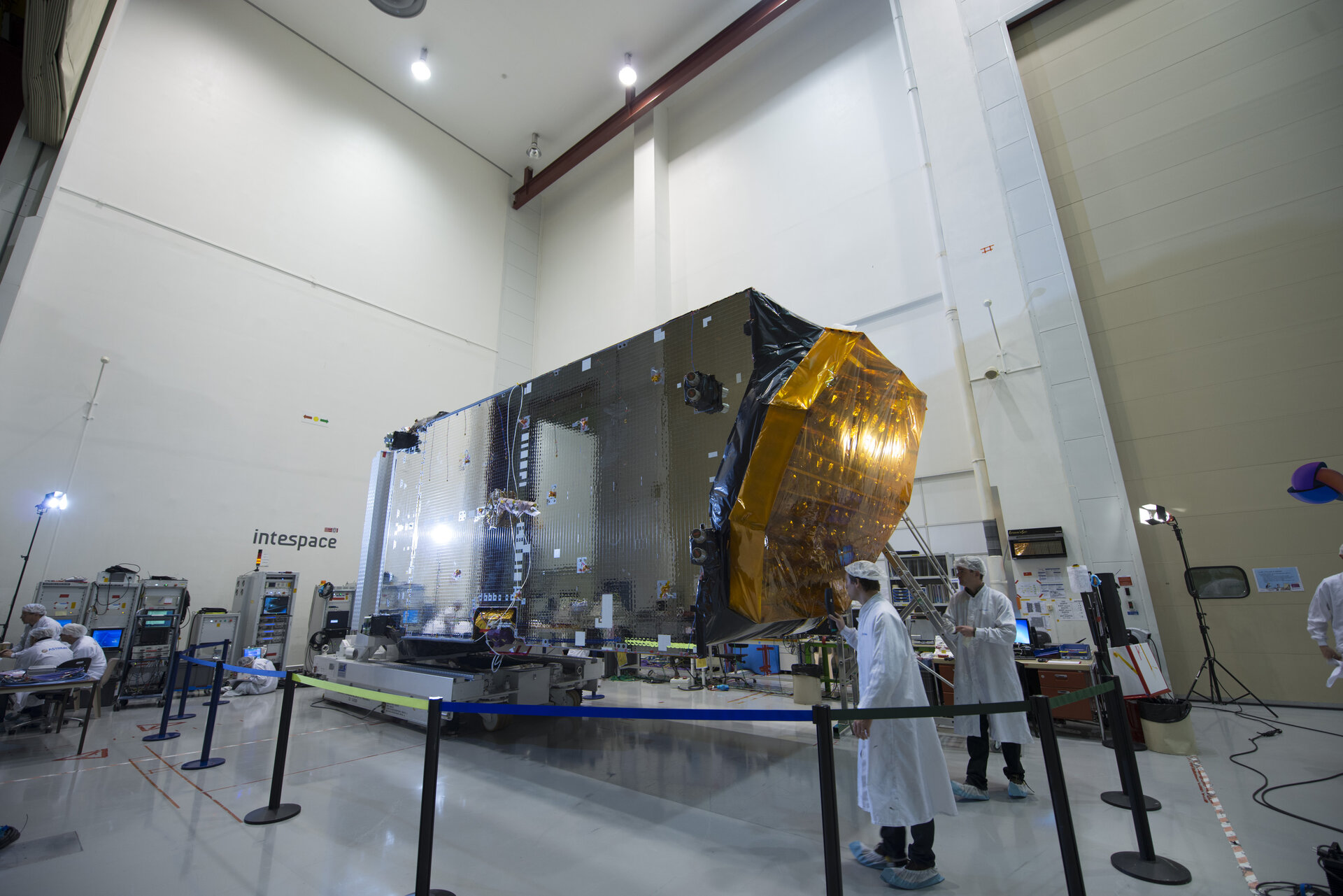 View of the Alphasat satellite, after tests in the Intespace’s anechoic test chamber, Toulouse, France, 15 March 2013.

Alphasat is a high-power telecom satellite built by Astrium, through a public–private partnership between ESA and UK operator Inmarsat.
It is based on the mighty Alphabus, the new European telecom platform developed by Astrium and Thales Alenia Space under joint contract from ESA and the French space agency, CNES.
Alphabus is Europe’s response to increased market pressure for larger telecom payloads for direct-to-home TV broadcasting, digital audio broadcasting, broadband access and mobile services.

Alphasat is planned for launch in 2013 on Ariane 5.