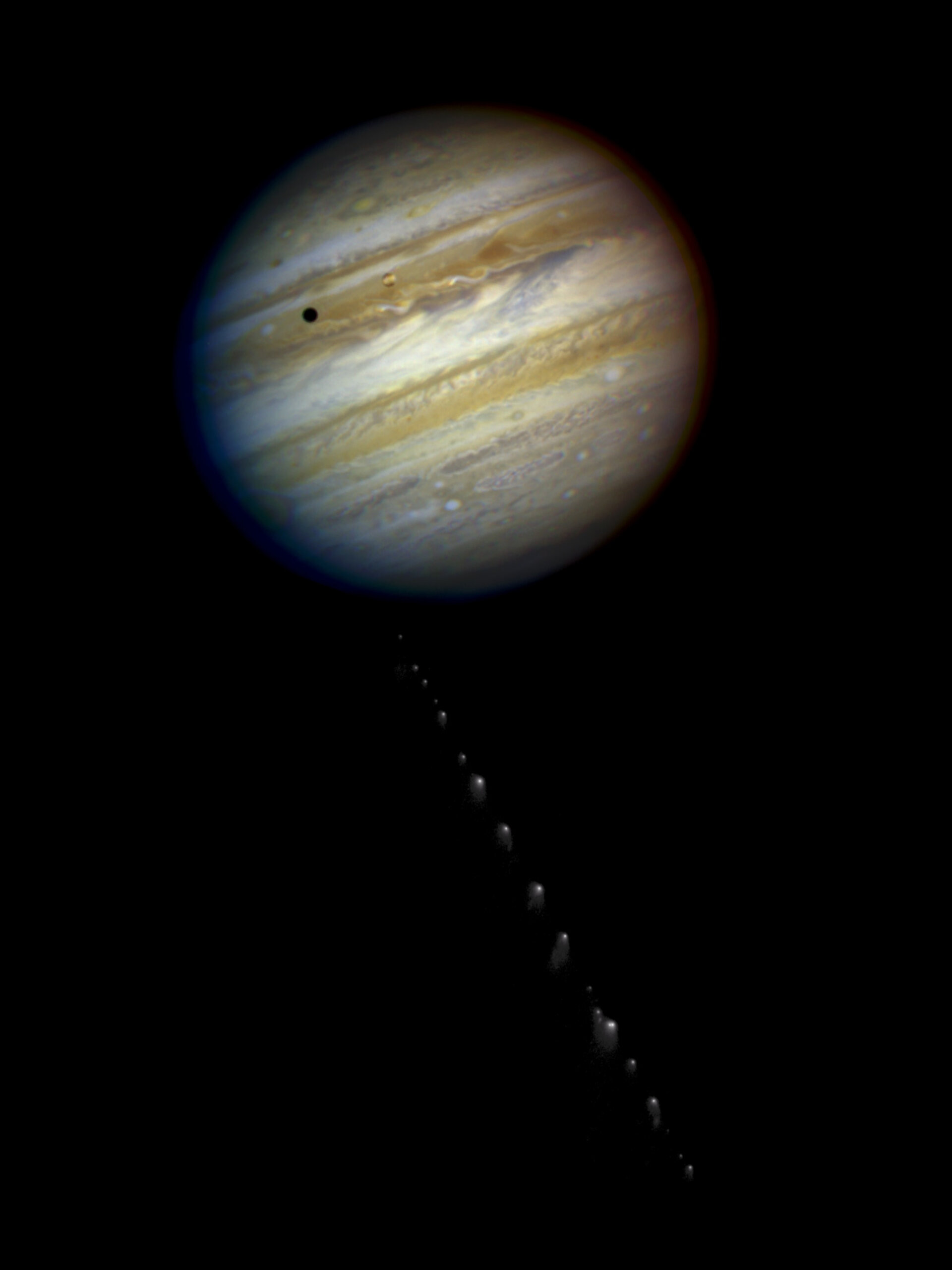 This composite is assembled from separate images of Jupiter and comet Shoemaker-Levy 9, as imaged by the NASA/ESA Hubble Space Telescope in 1994.

Comet Shoemaker-Levy 9 was discovered by astronomers Carolyn and Eugene M. Shoemaker and David Levy on 24 March 1993. It was the first comet observed to be orbiting a planet – in this case, Jupiter – rather than the Sun. The effect of Jupiter's tidal forces tore the comet apart on its approach and, eventually, the fragments collided with Jupiter between 16 and 22 July 1994.

The image of the comet, showing 21 fragments, was taken on 17 May 1994. The image of Jupiter was taken on 18 May 1994; the dark spot on the planet’s disc is the shadow of the inner moon lo. The apparent angular size of Jupiter relative to the comet and its angular separation from the comet when the images were taken have been modified for illustration purposes.