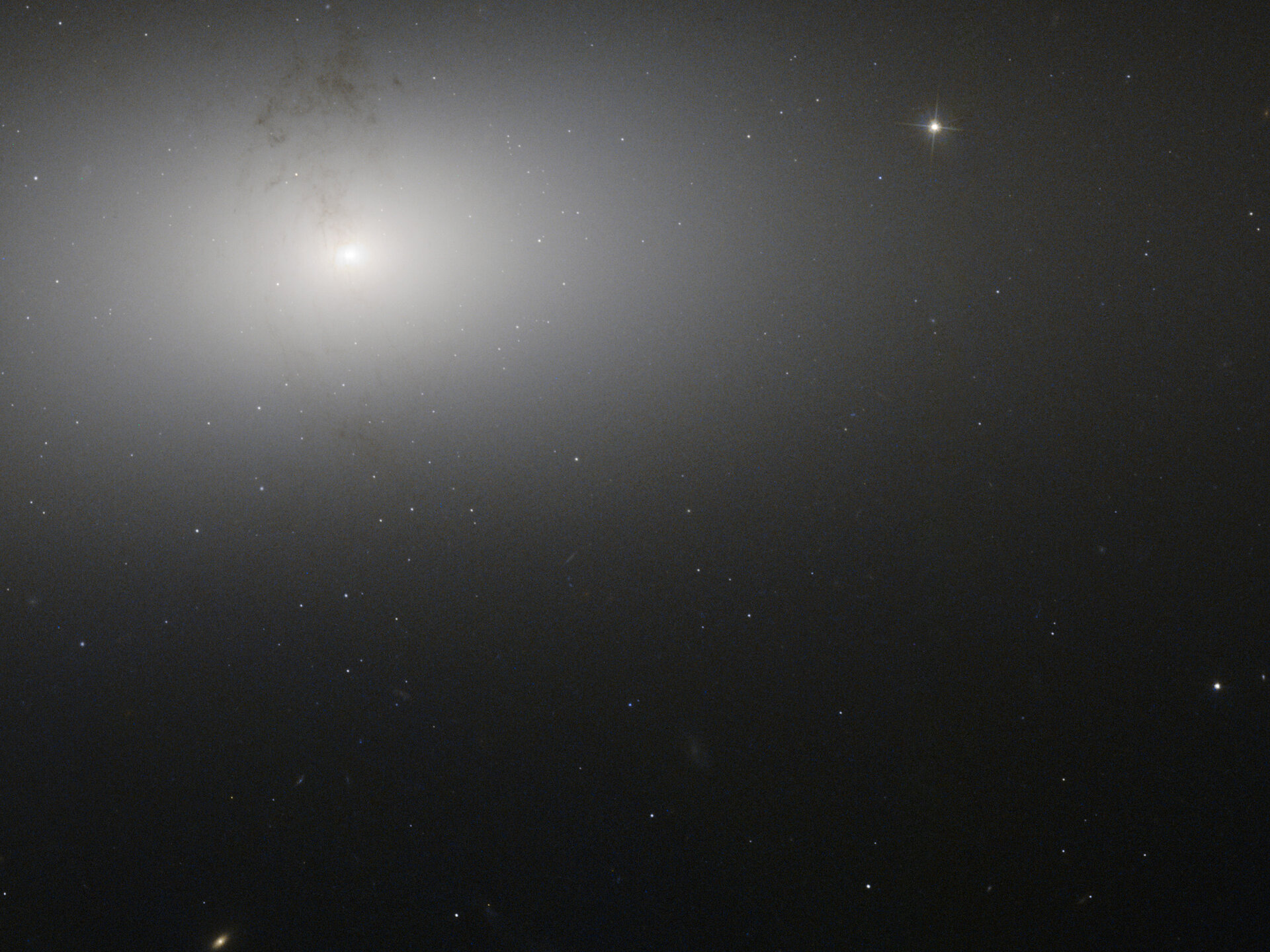 The soft glow in the picture above is NGC 2768, an elliptical galaxy located in the northern constellation of Ursa Major (The Great Bear). It appears here as a bright oval on the sky, surrounded by a wide, fuzzy cloud of material. This image, taken by the NASA/ESA Hubble Space Telescope, shows the dusty structure encircling the centre of the galaxy, forming a knotted ring around the galaxy’s brightly glowing middle. Interestingly, this ring lies perpendicular to the plane of NGC 2768 itself, stretching up and out of the galaxy.

The dust in NGC 2768 forms an intricate network of knots and filaments. In the centre of the galaxy are two tiny, S-shaped symmetric jets. These two flows of material travel outwards from the galactic centre along curved paths, and are masked by the tangle of dark dust lanes that spans the body of the galaxy.

These jets are a sign of a very active centre. NGC 2768 is an example of a Seyfert galaxy, an object with a supermassive black hole at its centre. This speeds up and sucks in gas from the nearby space, creating a stream of material swirling inwards towards the black hole known as an accretion disc. This disk throws off material in very energetic outbursts, creating structures like the jets seen in the image above.