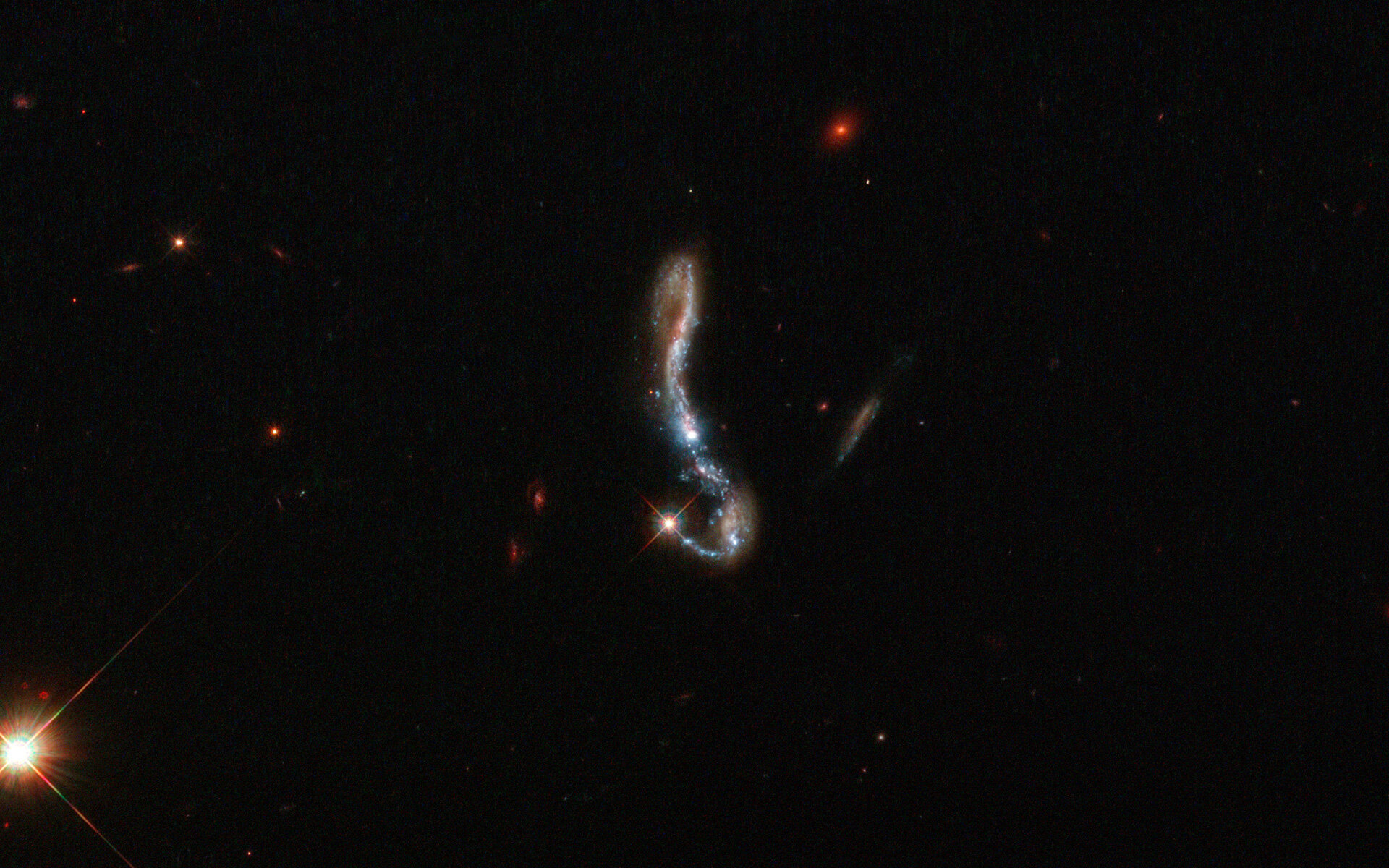 Light and dust in a nearby starburst galaxy

Visible as a small, sparkling hook in the dark sky, this beautiful object is known as J082354.96+280621.6, or J082354.96 for short. It is a starburst galaxy, so named because of the incredibly (and unusually) high rate of star formation occurring within it.

One way in which astronomers probe the nature and structure of galaxies like this is by observing the behaviour of their dust and gas components; in particular, the Lyman-alpha emission. This occurs when electrons within a hydrogen atom fall from a higher energy level to a lower one, emitting light as they do so. This emission is interesting because this light leaves its host galaxy only after extensive scattering in the nearby gas — meaning that this light can be used as a pretty direct probe of what a galaxy is made up of.

The study of this Lyman-alpha emission is common in very distant galaxies, but now a study named LARS (Lyman Alpha Reference Sample) [1] is investigating the same effect in galaxies that are closer by. Astronomers chose fourteen galaxies, including this one, and used spectroscopy and imaging to see what was happening within them. They found that these Lyman-alpha photons can travel much further if a galaxy has less dust — meaning that we can use this emission to infer how dusty the source galaxy is.

The LARS study relies heavily on the high resolving power of Hubble. When Hubble is decommissioned, no telescope will be able to make observations like this in the far ultraviolet part of the spectrum — meaning that small, glittering galaxies imaged and probed by studies like LARS may give us some of the most detailed data we have to work with for some time to come.