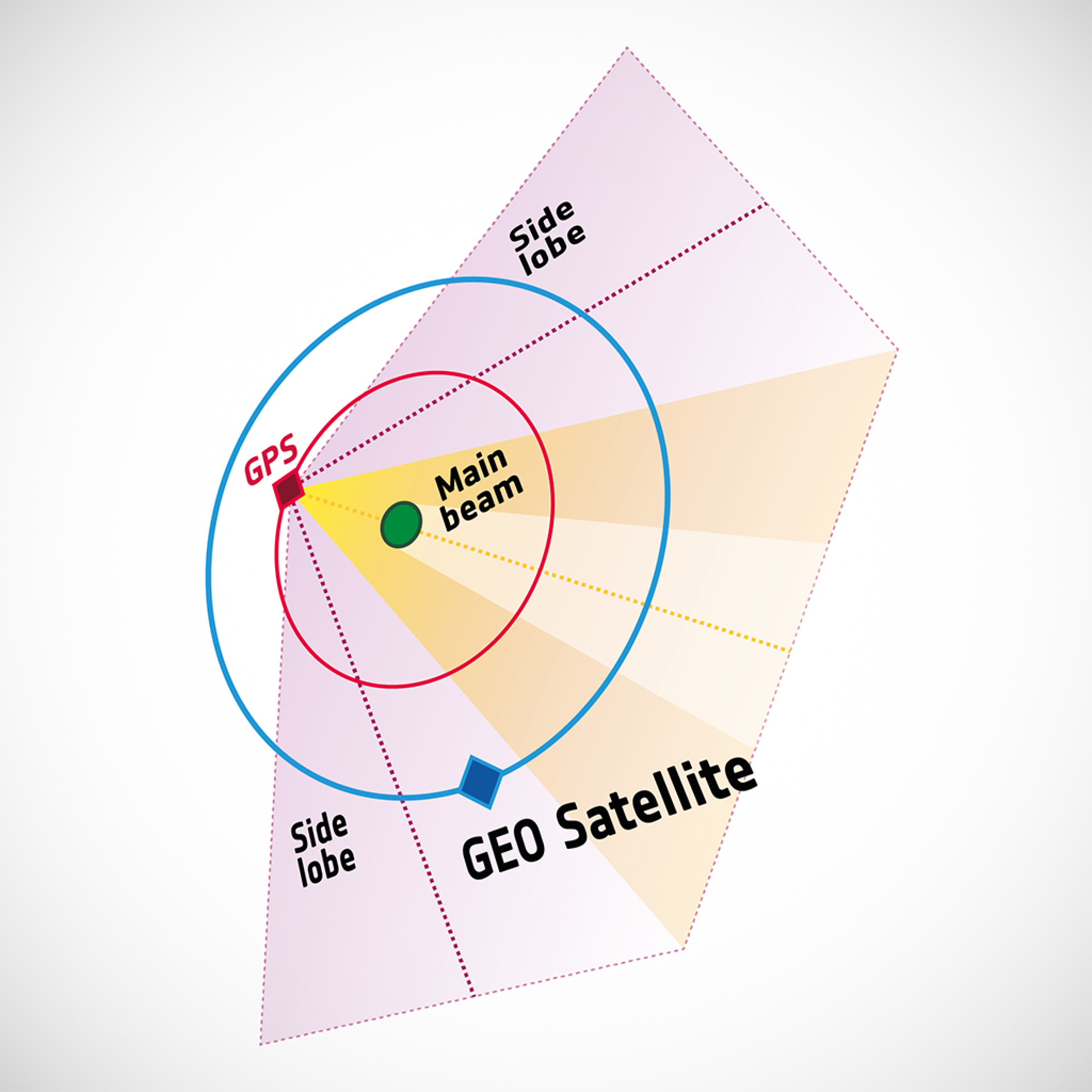 GPS satellites – like those of Galileo, Russia’s Glonass or their Japanese, Chinese and Indian counterparts – aim their antennas directly at Earth. Any satellite orbiting above the GPS constellation can only hope to detect signals from over Earth’s far side, but the majority are blocked by the planet. For a position fix, a satnav receiver requires a minimum of four satellites to be visible, but this is most of the time not possible if based solely on front-facing signals. Instead, GIOVE-A has been able to make use of signals emitted sideways from GPS antennas, within what is known as ‘side lobes’. Just like a flashlight, radio antennas shine energy to the side as well as directly forward.