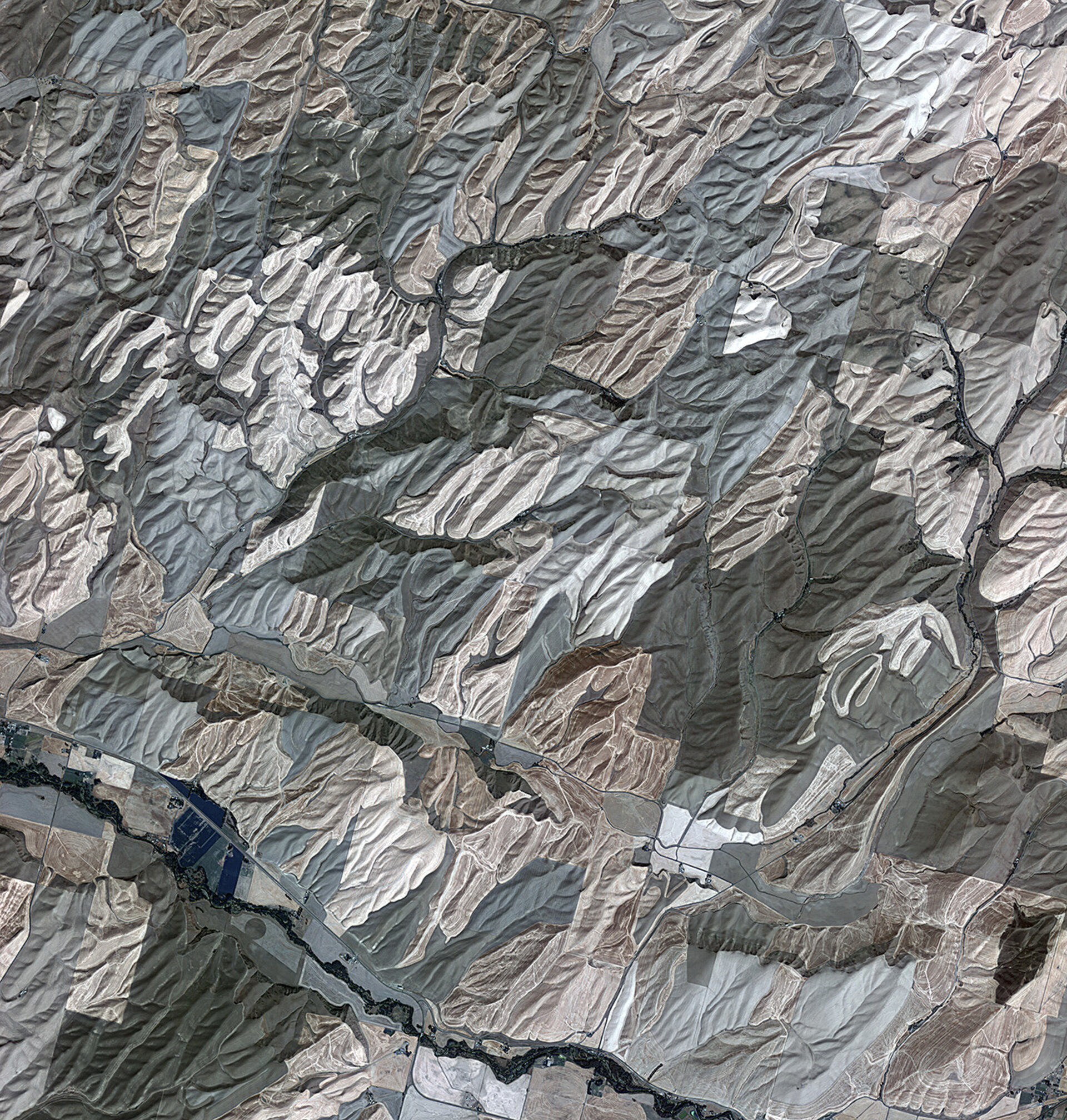 Rolling hills of farmland in the northwest United States are pictured in this image from the Kompsat-2 satellite. Acquired over Washington state, the south and west areas of the image are in Walla Walla county, while the central-eastern-upper area is Columbia County. The area pictured is part of the Palouse region – an agricultural zone that mainly produces wheat and legumes. The rolling, picturesque landscape has sometimes been compared to Italy’s Tuscany. Zooming in, we can see swirling patterns in the vegetation created by ploughs. Roads cut through the shallow valleys and buildings can also be seen. Touchet River, known for its trout fishing, can been seen in the lower left. The diagonal line running next to the river is a road that connects the town of Prescott to the west to Waitsburg to the east.

This image is featured on the: Earth from Space video programme