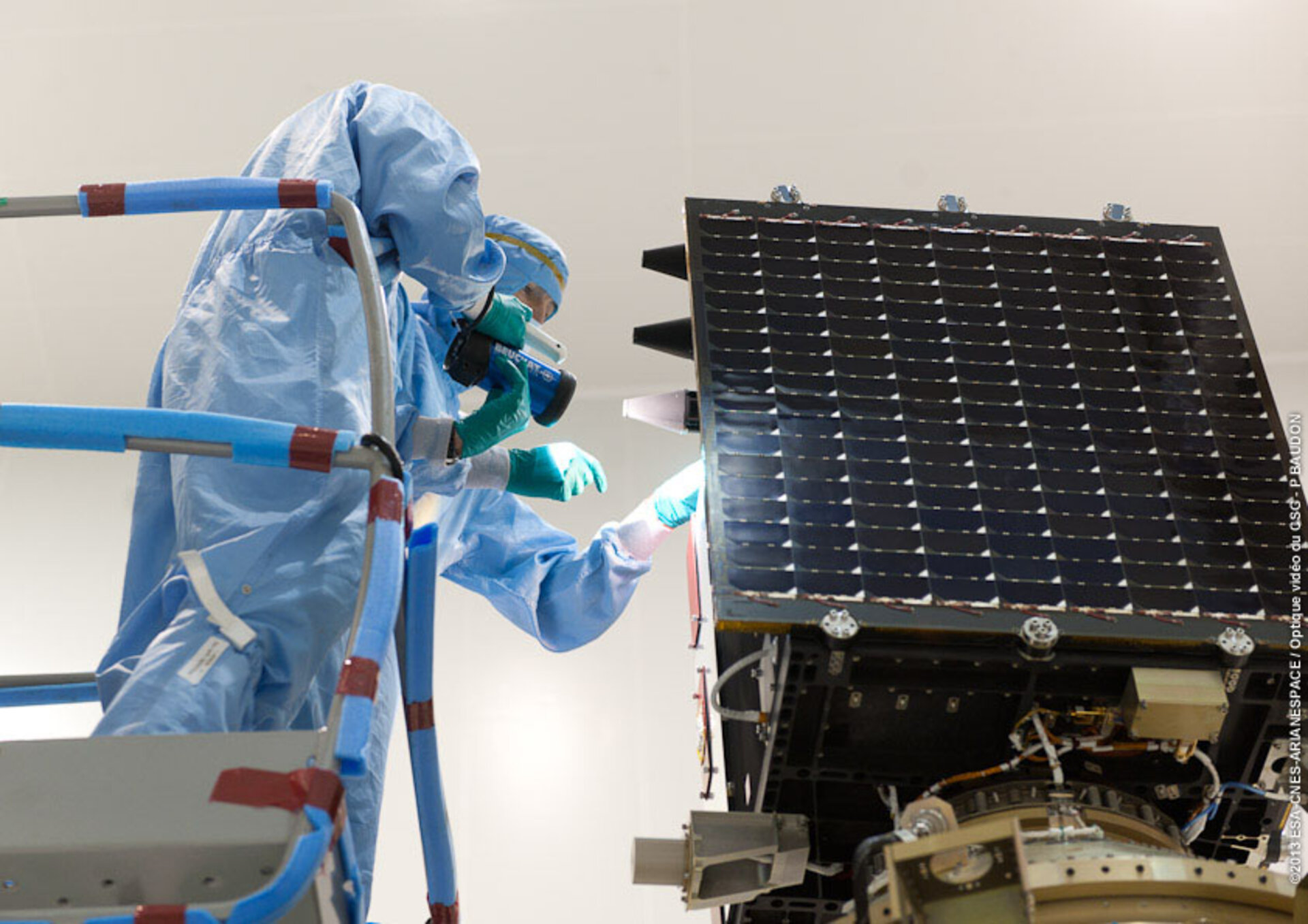 Proba-V fixed to the Vespa (Vega secondary payload adapter), above Vietnam’s VNREDSat-1 Earth observation satellite and the ESTCube-1 Estonian student nanosatellite. On 17 April 2013 the stack of satellites was covered with the Vega protective fairing. Proba-V was the first of the three satellites to be deployed from Vega’s upper stage. Less than a cubic metre in volume, Proba-V is a miniaturised ESA satellite tasked with a full-scale mission: to map land cover and vegetation growth across the entire planet every two days. A new, advanced version of the ‘Vegetation’ camera is flying on Proba-V. This is the latest in a series previously in service on France’s full-sized Spot-4 and Spot-5 satellites, which have been observing Earth since 1998. Proba-V’s Vega lifted off at 02:06 GMT on 7 May 2013 (23:06 local time 6 May; 04:06 CEST 7 May).