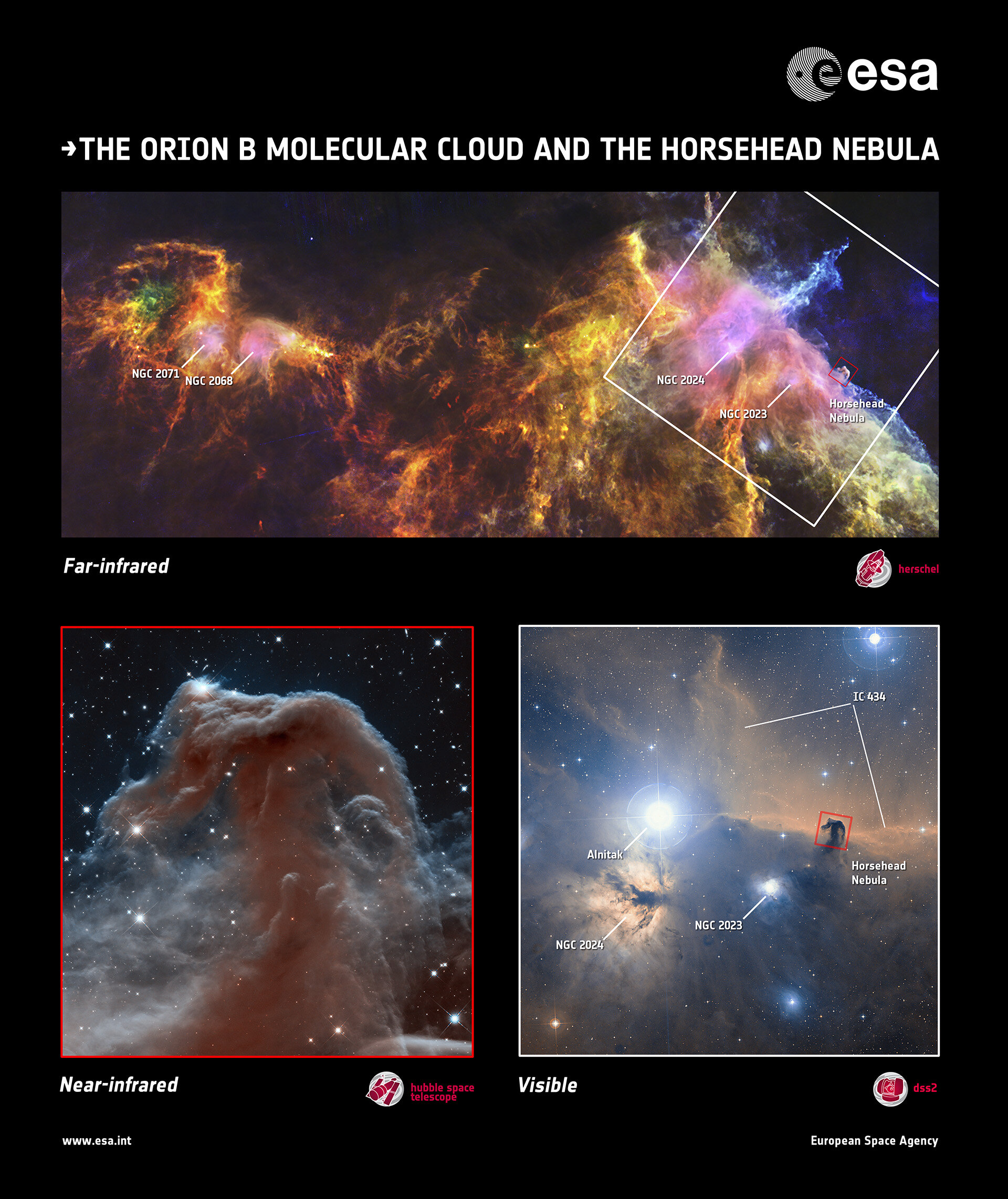 Zooming in on the Horsehead

This three-panel image shows the latest near-infrared Hubble image of the Horsehead Nebula in context with the new wide-field Herschel view of the surrounding environment at far-infrared wavelengths.

A portion of the image highlighting both the Horsehead and Flame Nebula is also shown in visible light in an image from the Digitized Sky Survey 2 (DSS2). The star Altnitak is indicated – this is the most easterly star in Orion’s famous three-star belt. Several reflection nebulas are also indicated; these host star formation, and like the Horsehead and Flame, are popular targets for astrophotographers.

The Herschel image is 4.5x1.5 degrees and is oriented with northeast towards the left of the image and southwest towards the right. The image covers far-infrared wavelengths: 70 microns (blue), 160 microns (green) and 250 microns (red).

The Hubble image is approximately 6 arcminutes across and is oriented with north to the left and east down. The image is taken at near-infrared wavelengths: 1.1 microns (blue/cyan) and 1.6 microns (red/orange).