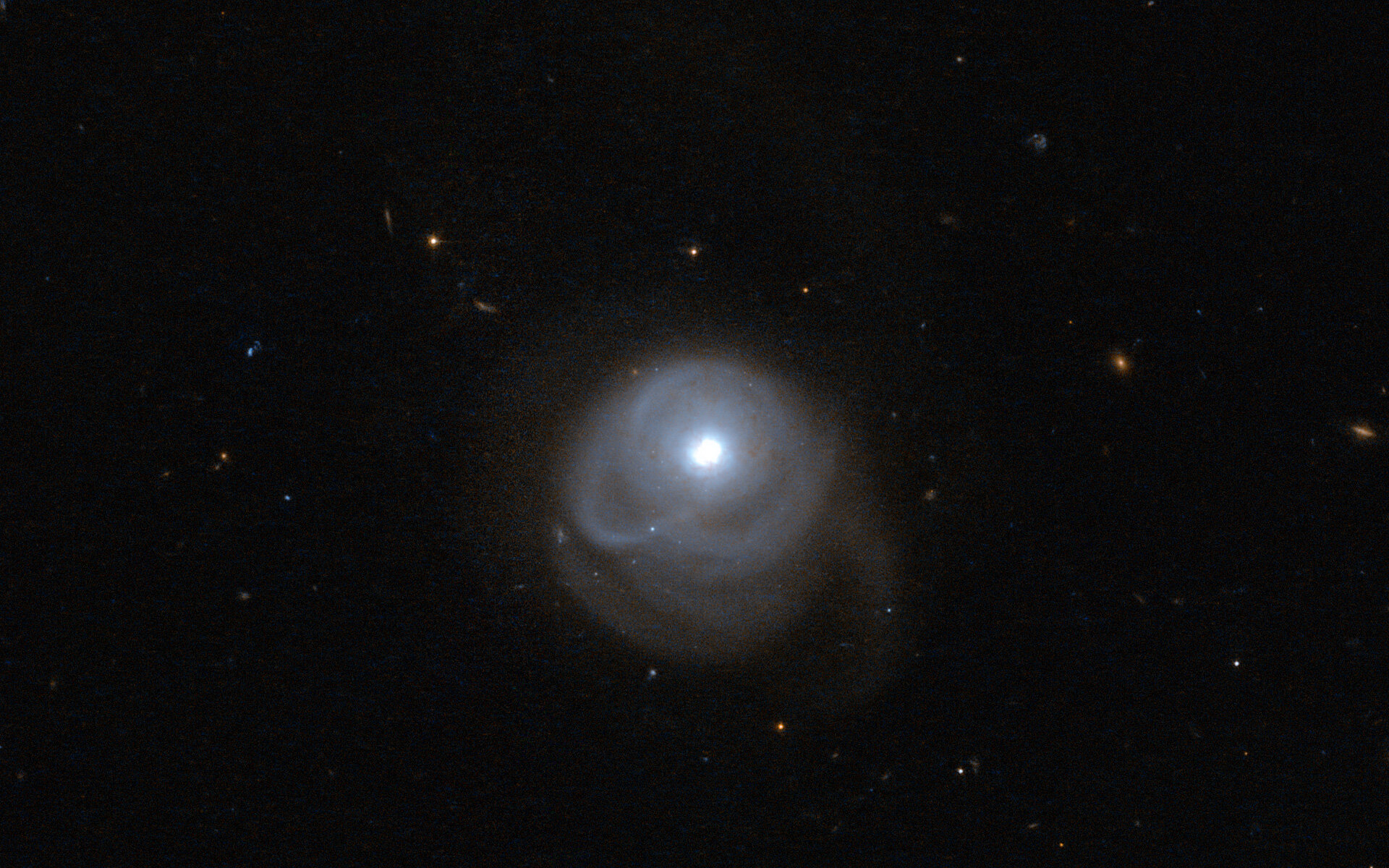 A tale of galactic collisions

When we look into the distant cosmos, the great majority of the objects we see are galaxies: immense gatherings of stars, planets, gas, dust, and dark matter, showing up in all kind of shapes. This Hubble picture registers several, but the galaxy catalogued as 2MASX J05210136-2521450 stands out at a glance due to its interesting shape.

This object is an ultraluminous infrared galaxy which emits a tremendous amount of light at infrared wavelengths. Scientists connect this to intense star formation activity, triggered by a collision between two interacting galaxies.

The merging process has left its signs: 2MASX J05210136-2521450 presents a single, bright nucleus and a spectacular outer structure that consists of a one-sided extension of the inner arms, with a tidal tail heading in the opposite direction, formed from material ripped out from the merging galaxies by gravitational forces.

The image is a combination of exposures taken by Hubble’s Advanced Camera for Surveys, using near-infrared and visible light.

The image is a combination of exposures taken by Hubble’s Advanced Camera for Surveys, using near-infrared and visible light. A version of this image was submitted to the Hubble’s Hidden Treasures image processing competition by contestant Luca Limatola.