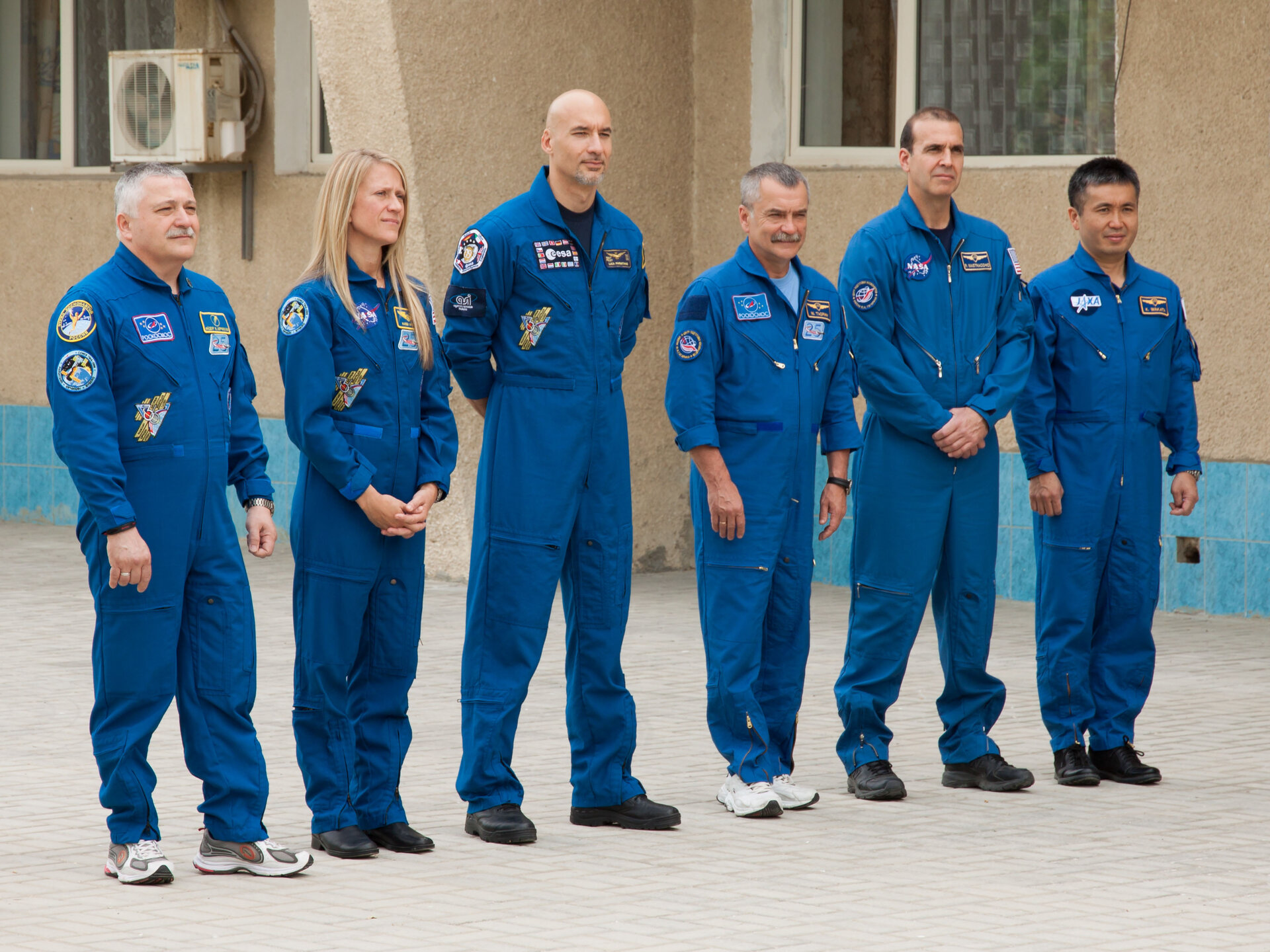 Outside their Cosmonaut Hotel crew quarters in Baikonur, Kazakhstan, the Expedition 36/37 prime and backup crew members conducted the traditional raising of flags of their countries and host country Kazakhstan, 18 May, 2013, and participated in other ceremonies.