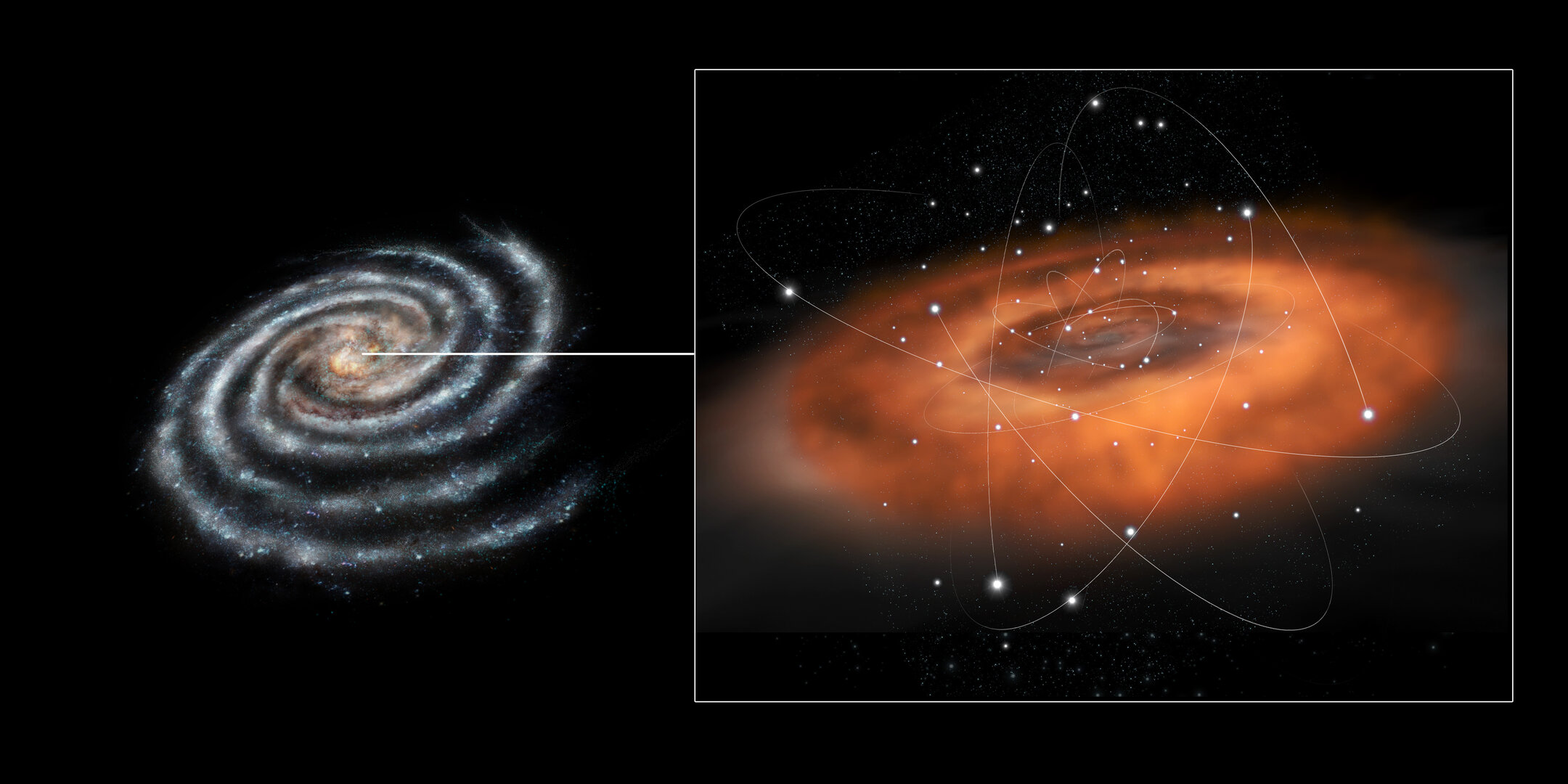 The environment at the centre of our Milky Way Galaxy. The Galactic Centre hosts a supermassive black hole in the region known as Sagittarius A*, or Sgr A*, with a mass of about four million times that of our Sun.

A dense torus of molecular gas and dust surrounds the Galactic Centre and occupies the innermost 15 light-years of our Galaxy. Enshrouded within the disc is a central cavity, with a radius of a few light-years, filled with warm dust and lower density gas.Part of this gas is being heated by the strong ultraviolet radiation from massive stars that closely orbit the central black hole. Heating also likely results from strong shocks, generated as gas orbits around or flows towards Sgr A*, in collisions between gas clouds or in material flowing at high velocity from stars and protostars.