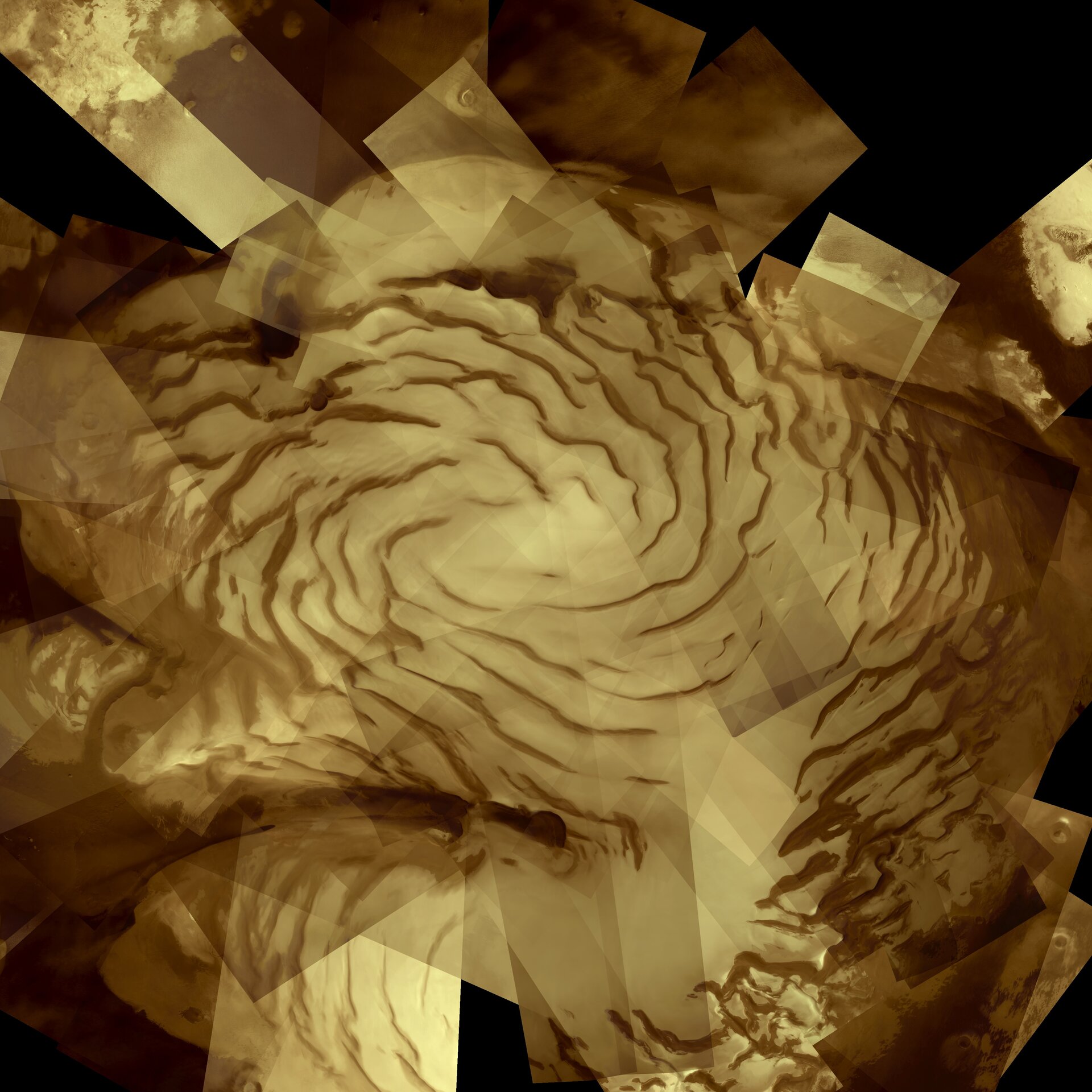 The north polar ice cap of Mars, presented as a mosaic of 57 separate images from the High Resolution Stereo Camera on ESA’s Mars Express. The ice cap spans approximately 1000 km and is seen here in polar stereographic projection. The images were taken throughout the entire mission, when Mars Express was at its closest to Mars along its orbit, at about 300-500 km altitude.

The mosaic was published as space science image of the week on the occasion of the tenth anniversary since the mission launched on 2 June 2003.