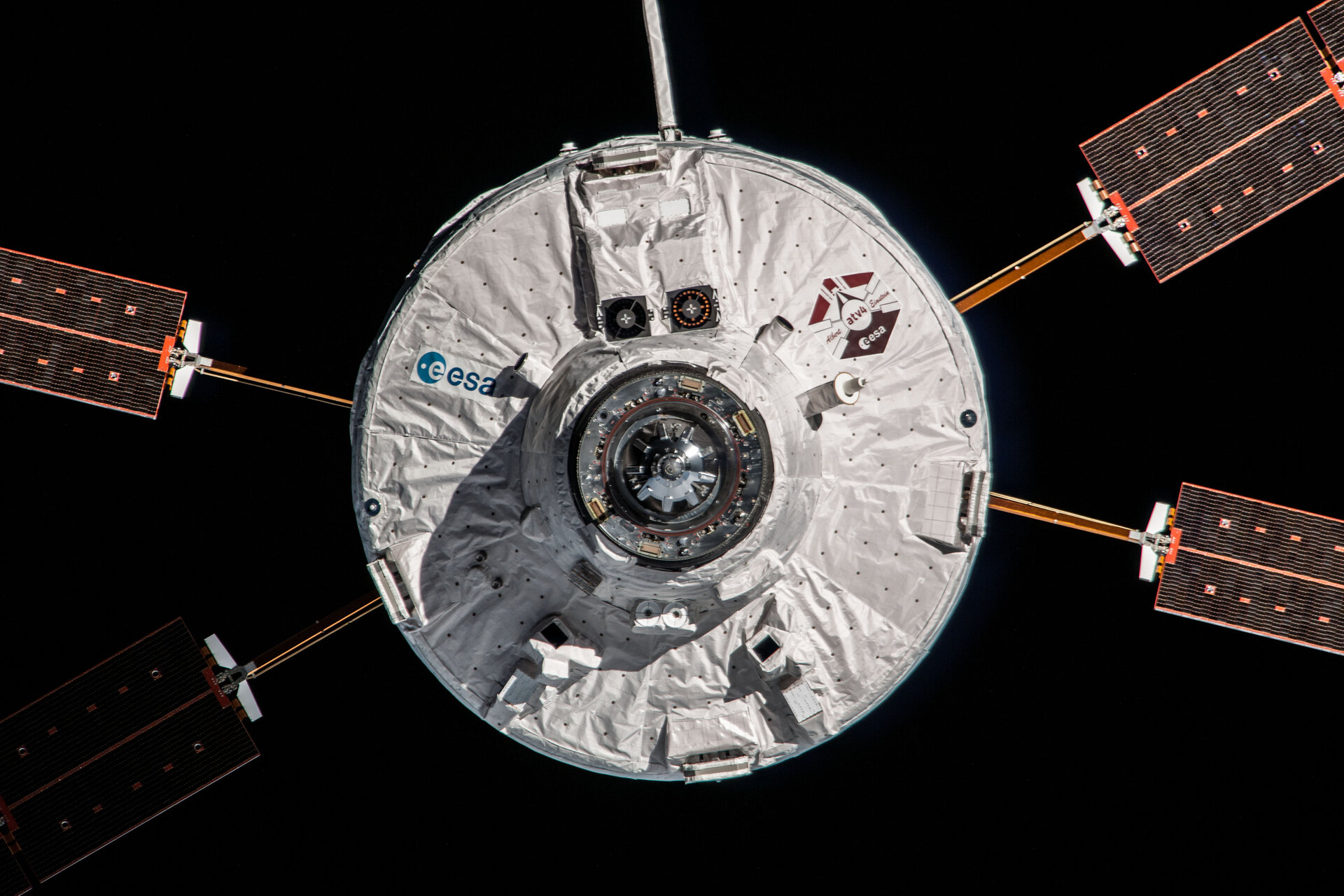 ATV Albert Einstein, Europe’s supply and support ferry, docked with the International Space Station on 15 June 2013, some 10 days after its launch from Europe's Spaceport in French Guiana.

In this image you can see ATV’s four solar panel wings along with the vertical antenna on top – the ‘proximity boom’ for communicating with the Station. Its docking cone is heading straight at the target: the International Space Station.

ATV Albert Einstein delivered seven tonnes of supplies, propellants and experiments to the complex. ESA astronaut Luca Parmitano oversaw the unloading and cataloguing of the cargo of over 1400 items.