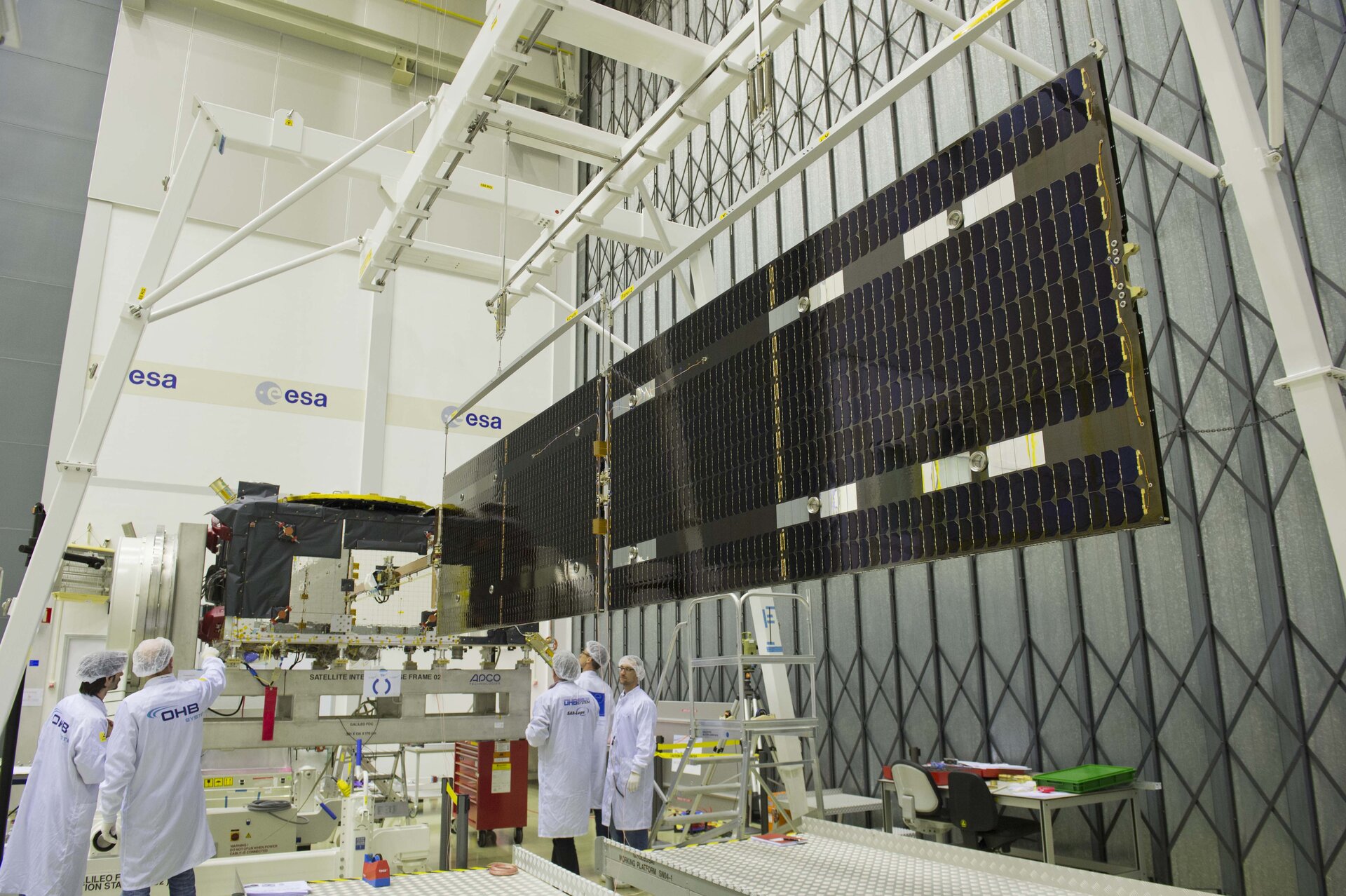 Deployment of the solar wings on the first Galileo satellite 'Full Operational Capability' satellite is shown being checked at ESA’s ESTEC technical hub in the Netherlands at the end of June 2013. The navigation satellite’s pair of 1 x 5 m solar wings, carrying more than 2500 state-of-the-art gallium arsenide solar cells, will power the satellite during its 12-year working life.