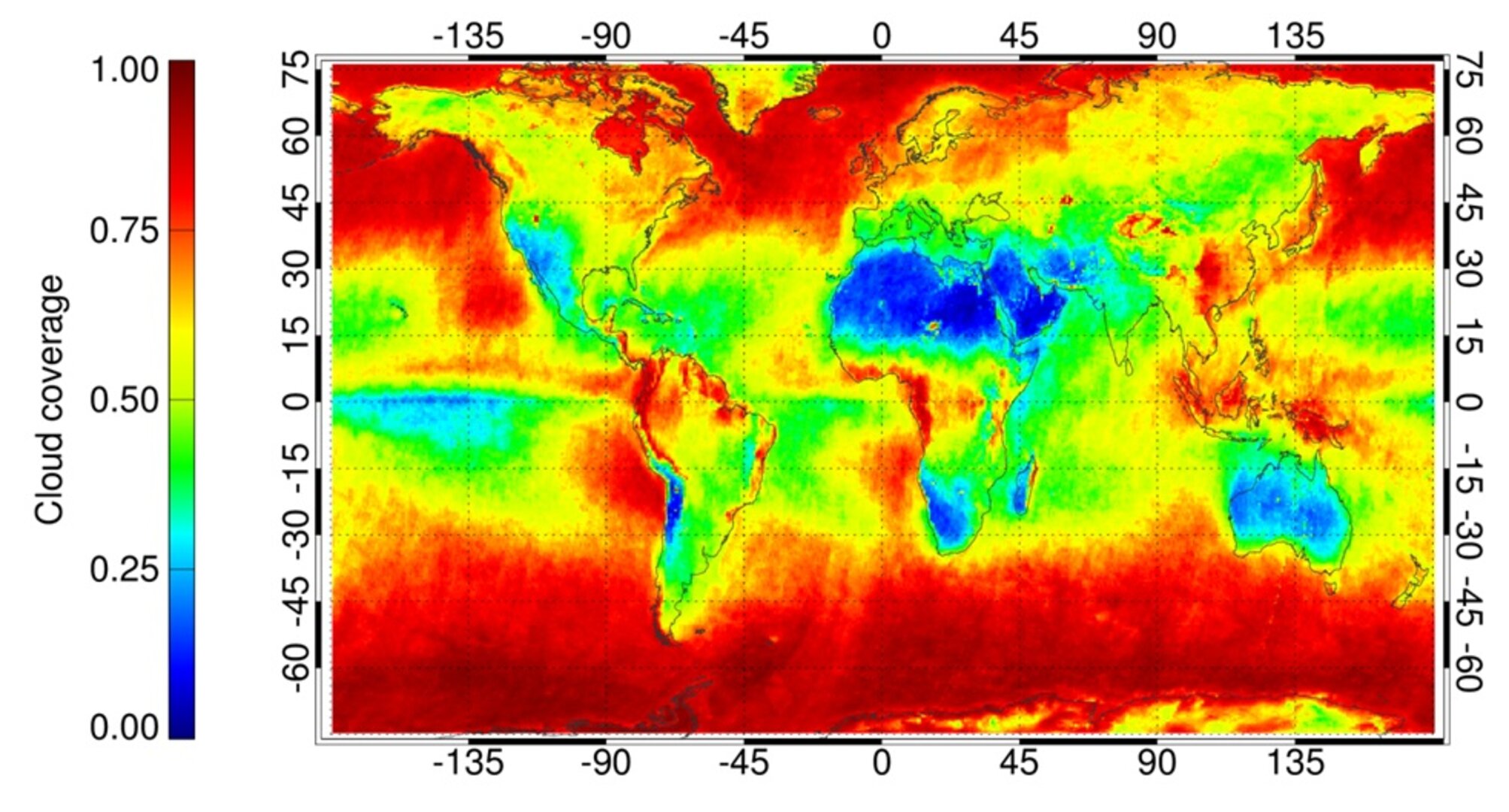 Global annual mean cloud cover derived from three years (2007–09) of Envisat data. The map shows areas with little to no cloud coverage (blue) as well as areas that are almost always cloudy (red). Clear skies are immediately visible over deserts (such as the Sahara, Namib and over the Atacama). Regions with constant high-pressure systems are detectable, such as the Pacific. On the other hand, the North Atlantic Ocean in the mid-latitudes is mostly covered with clouds, where storms develop. The UK is often cloudy, whereas the Mediterranean shows sunny skies.
Data from both the MERIS and AATSR instruments on Envisat were used.