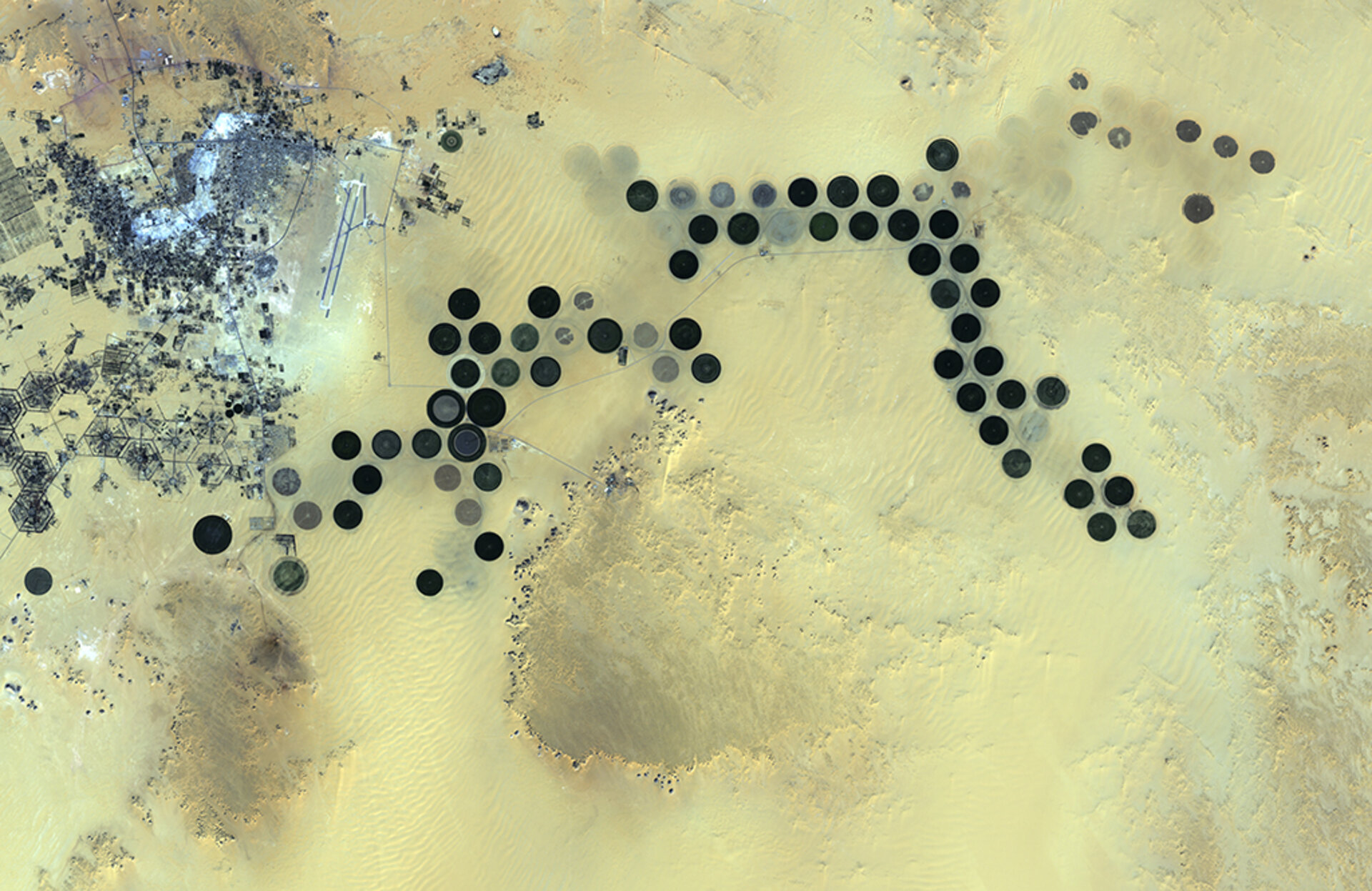 Deep in the Sahara Desert, the Al Jawf oasis in southeastern Libya is pictured in this image from Japan’s ALOS satellite. The city can be seen in the upper left corner, while large, irrigated agricultural plots appear like Braille across the image. Between the city and the plots we can see the two parallel runways of the Kufra Airport. The agricultural plots reach up to a kilometre in diameter. Their circular shapes were created by a central-pivot irrigation system, where a long water pipe rotates around a well at the centre of each plot. Since the area receives virtually no rainfall, fossil water is pumped from deep underground for irrigation.

Japan’s Advanced Land Observing Satellite (ALOS) captured this image on 24 January 2011 with its Advanced Visible and Near Infrared Radiometer type-2, which charts land cover and vegetation in the visible and near-infrared spectral bands at a resolution of 10 m. ESA supports ALOS as a Third Party Mission, which means ESA uses its multimission ground systems to acquire, process, distribute and archive data from the satellite to its user community.