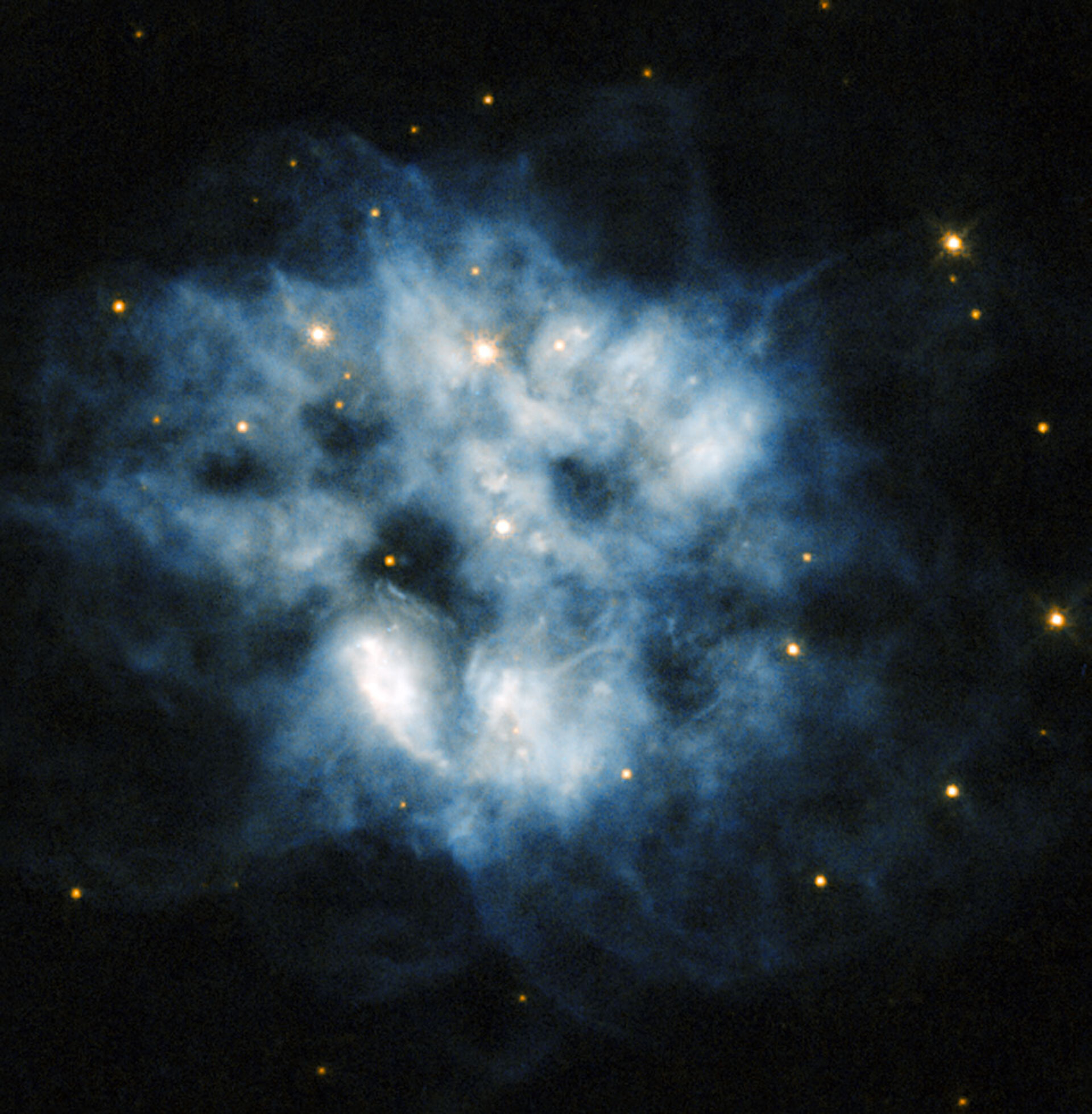 This NASA/ESA Hubble Space Telescope image shows the planetary nebula NGC 2452, located in the southern constellation of Puppis. The blue haze across the frame is what remains of a star like our Sun after it has depleted all its fuel. When this happens, the core of the star becomes unstable and releases huge numbers of incredibly energetic particles that blow the star's atmosphere away into space.

At the centre of this blue cloud lies what remains of the nebula's progenitor star. This cool, dim, and extremely dense star is actually a pulsating white dwarf, meaning that its brightness varies over time as gravity causes waves that pulse throughout the small star's body.

A version of this image was entered into the Hubble's Hidden Treasures image processing competition by contestants Luca Limatola and Budeanu Cosmin Mirel.