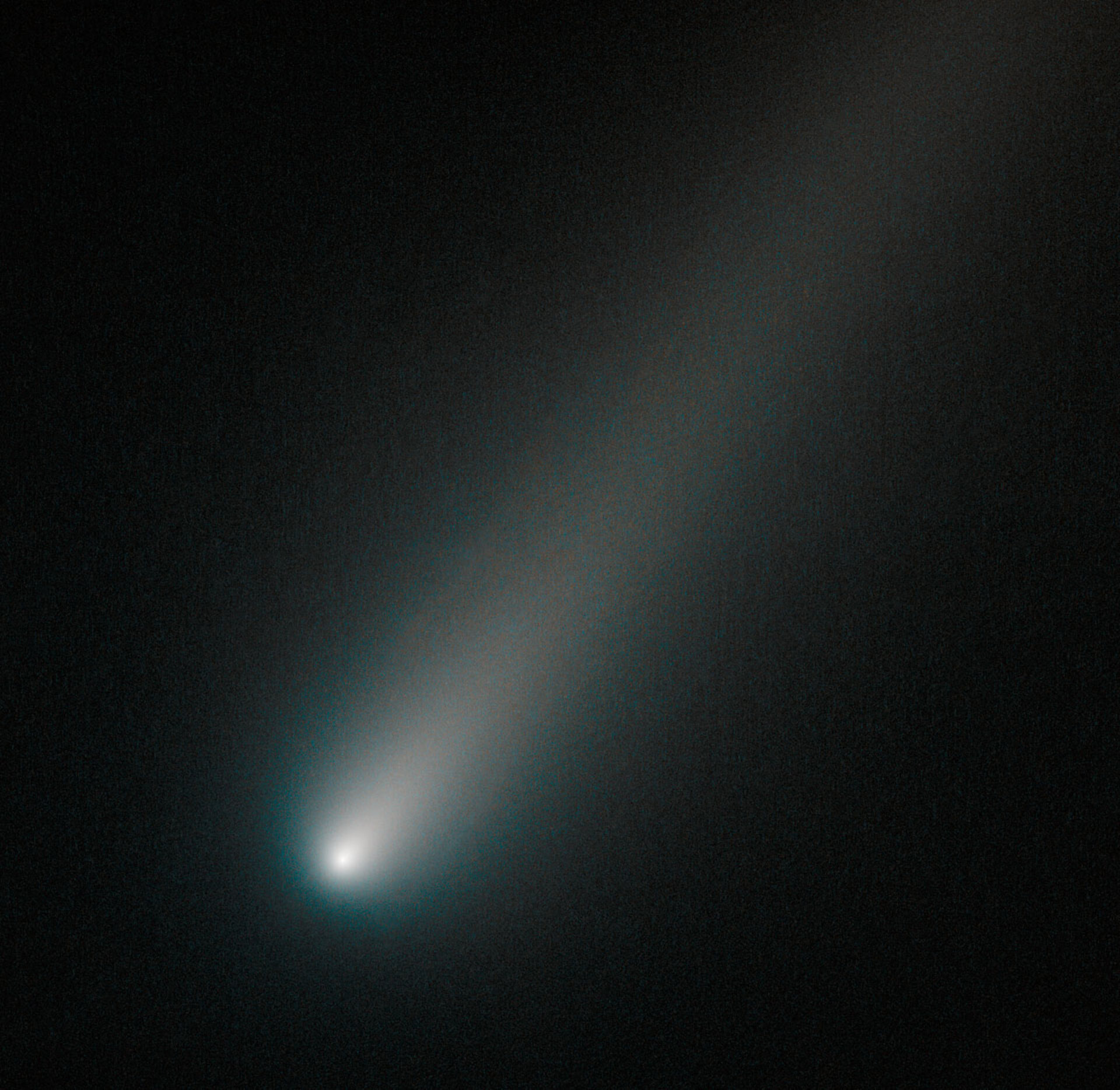 This NASA/ESA Hubble Space Telescope picture shows C/2012 S1, better known as Comet ISON, as it appeared in our skies on 9 October.

In this image, the comet’s solid nucleus is unresolved because it is so small. If it had broken apart – a possibility as the Sun slowly warms it up during its approach – Hubble would have likely seen evidence for multiple fragments instead.

ISON will be brightest in our skies in late November, just before and after it hurtles past the Sun. As it grows brighter, it may even become visible as a naked-eye object, before it fades throughout December – the month of its closest approach to Earth.

Depending on its fate as it passes close to the Sun, it could become spectacular or, on the contrary, it could completely disintegrate. Many observatories, as well as several ESA and NASA missions, aim to observe this icy visitor over the coming months