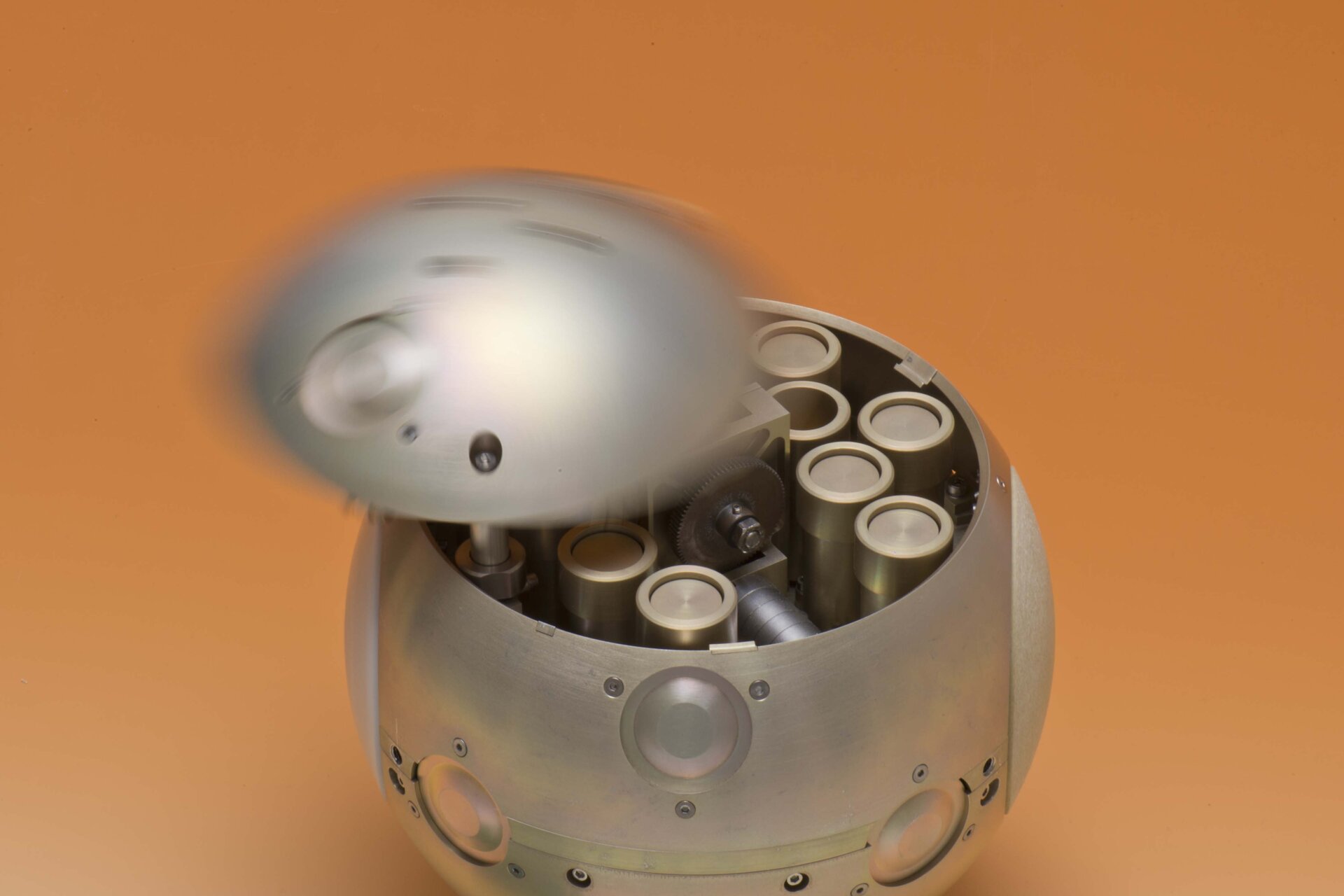 This spherical container has been engineered to house the most scientifically valuable cargo imaginable – samples brought back from the Red Planet. Weighing less than 5 kg, this 23 cm-diameter sphere has been designed to keep martian samples in pristine condition at a temperature of under  -10°C throughout their long journey back to Earth. The container seen here hosts 11 sealable receptacles, including one set aside for a sample of martian air. First the sample container must be landed on Mars, along with a rover to retrieve a cache of samples carefully selected by a previous mission, according to the current mission scenario. Then, once filled, it will be launched back up to Mars orbit. There it will remain for several days until a rendezvous spacecraft performs its capture in an autonomous way. To ease the process of rendezvous, the sample container is equipped with a radio emitter and retro-reflectors for close-up laser ranging. Before being returned to Earth, the container will be enclosed in another larger bio-sealed container ensuring a perfect containment of any returned martian material. This container will then be returned to Earth for a high velocity re-entry.