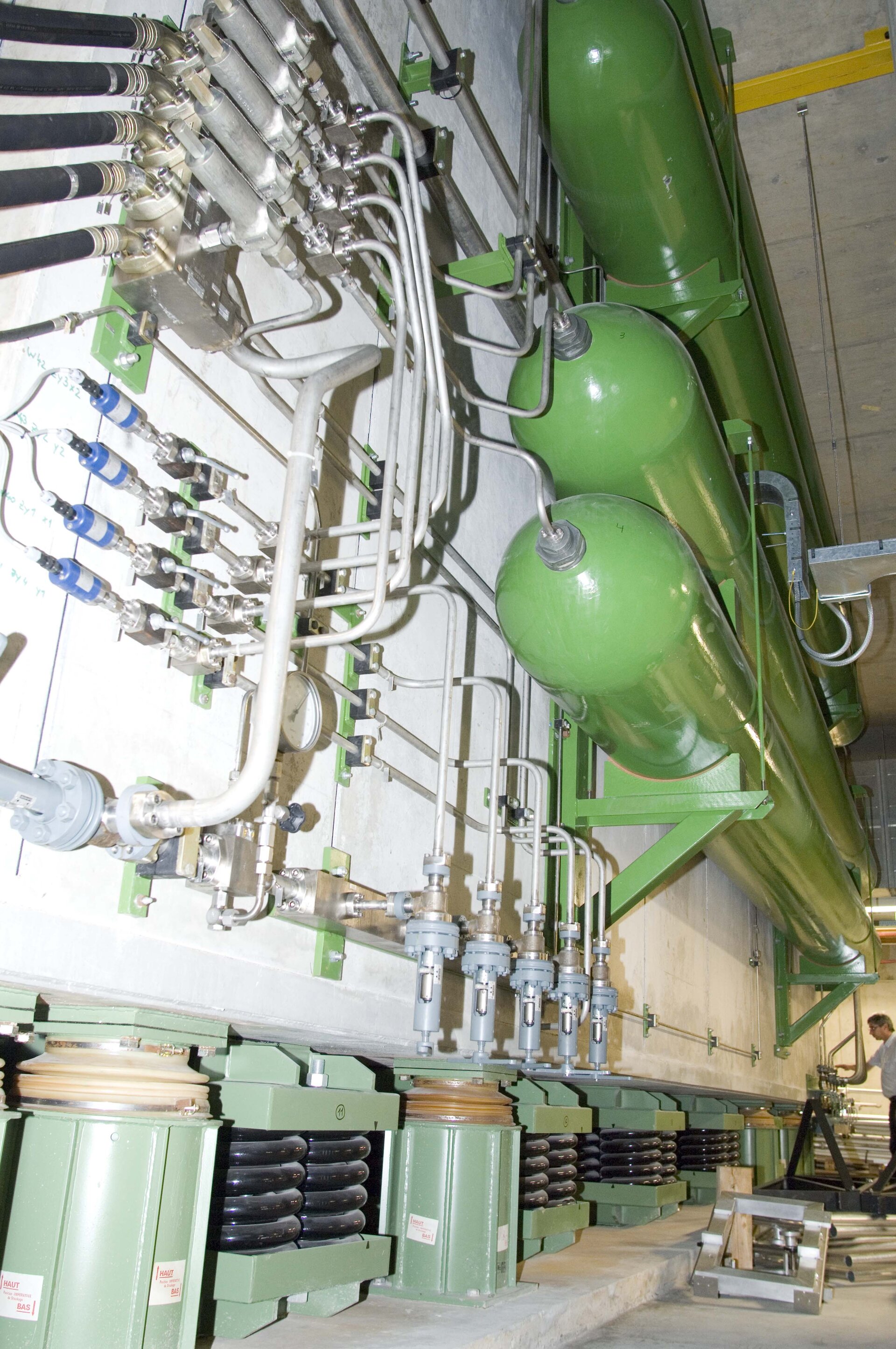 As the earthquake-strength Hydra shaker table simulates the vibration forces of a rocket launch, it is only these concealed springs and dampers that prevent the rest of ESA’s ESTEC Test Centre from also suffering the shakes.

The most powerful and precisely controllable of the shaker tables ESA uses for satellite testing at its Test Centre in Noordwijk, the Netherlands, the multi-axis Hydra is capable of vibrating a complete 22-tonne ATV spacecraft.

Seen from the cleanroom, the hydraulical Hydra appears to be simply 5.5 x 5.5 m aluminium platform lying flush with the floor. But this plate is only the top of an 18-tonne test table sitting on eight hydraulic actuators, in the same manner as a flight simulator.

This test table is enclosed within a 1400-tonne concrete ‘seismic foundation’ block, one side of which is shown here. This block rests in turn on the set of springs and dampers seen at the bottom, which isolate it from the rest of the building.

The green tanks on the side of the seismic foundation contain nitrogen gas, used to compensate for any fluctuations in hydraulic oil pressure during testing.