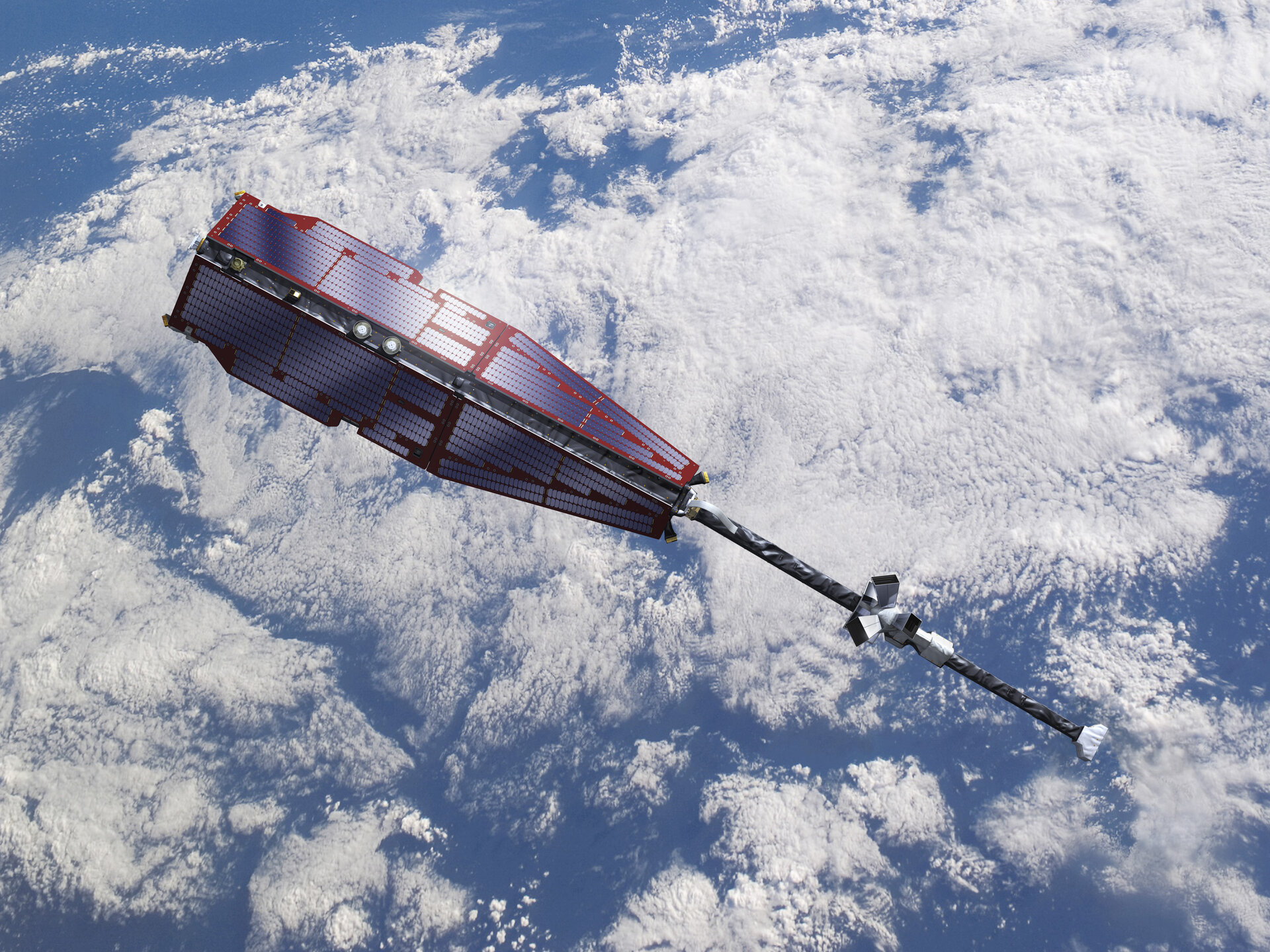 Swarm is ESA's first Earth observation constellation of satellites.
The three identical satellites are launched together on one rocket. Two satellites orbit almost side-by-side at the same altitude – initially at about 460 km, descending to around 300 km over the lifetime of the mission. The third satellite is in a higher orbit of 530 km and at a slightly different inclination. The satellites’ orbits drift, resulting in the upper satellite crossing the path of the lower two at an angle of 90° in the third year of operations.
The different orbits along with satellites’ various instruments optimise the sampling in space and time, distinguishing between the effects of different sources and strengths of magnetism.

The three-satellite Swarm mission aims to unravel one of the most mysterious aspects of our planet: the magnetic field.
The field protects our planet from cosmic radiation and charged particles that bombard Earth in ‘solar winds’. Without this protective shield, the atmosphere as we know it would not exist, rendering life on Earth virtually impossible.
By analysing the different characteristics of the field, the mission will provide new insight into many natural processes, from those occurring deep inside the planet to weather in space caused by solar activity. In turn, this information will yield a better understanding of why the magnetic field is weakening.