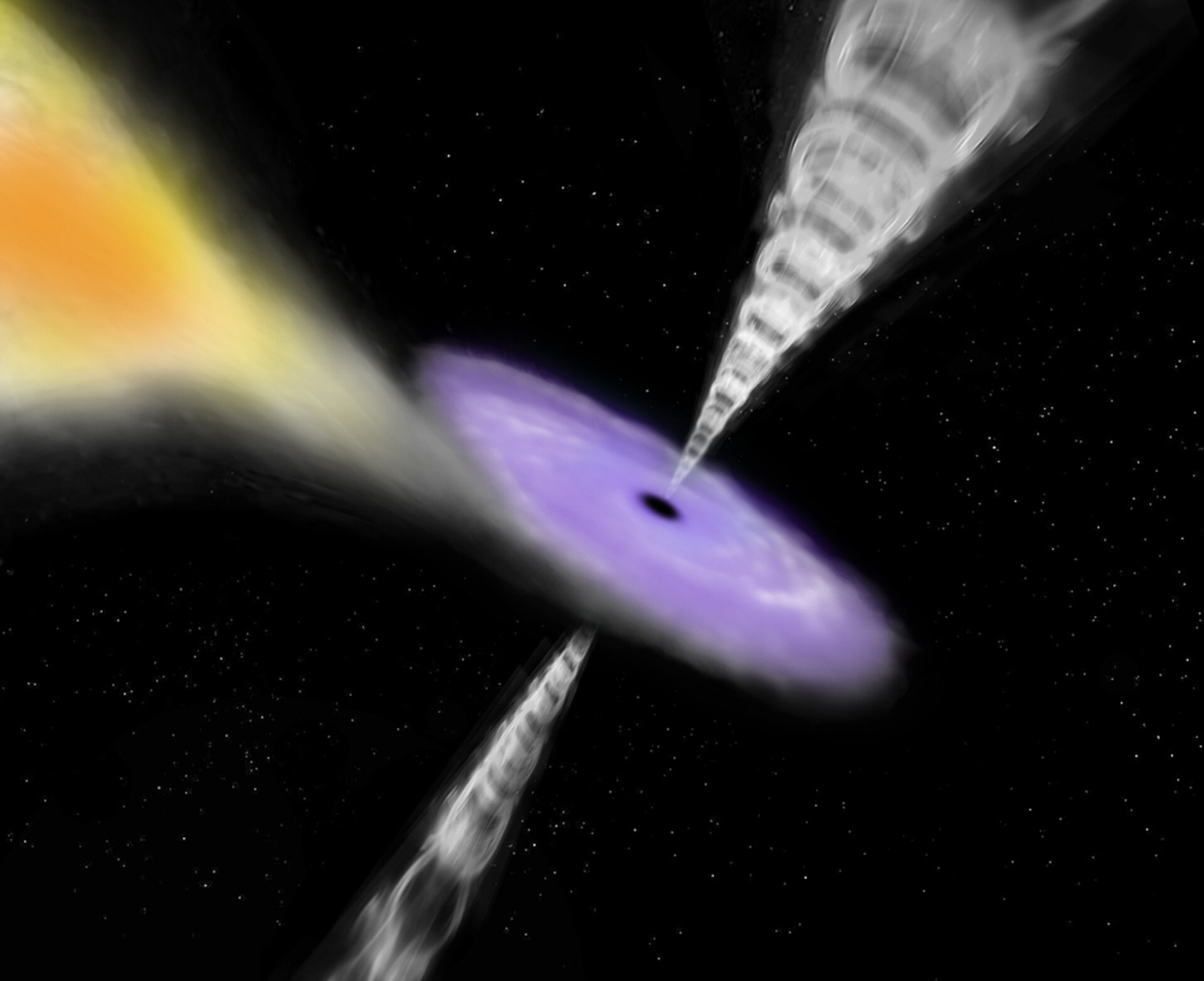 Black hole with disc and jets

Artist’s impression of a black hole feasting on matter from its companion star in a binary system. Matter flows from the star towards the black hole and forms an accretion disc with a temperature so high that it emits X-rays. The black hole can be a fussy eater: instead of swallowing all of the material, it sometimes pushes a fraction of it away in the form of two powerful jets of particles.

A team of astronomers studying the jets of the binary system 4U1630-47 have confirmed that black hole jets not only consist of electrons but also contain heavier particles, like protons or atomic nuclei. This means that jets can carry mass and energy away from the black hole in much larger amounts than previously thought.