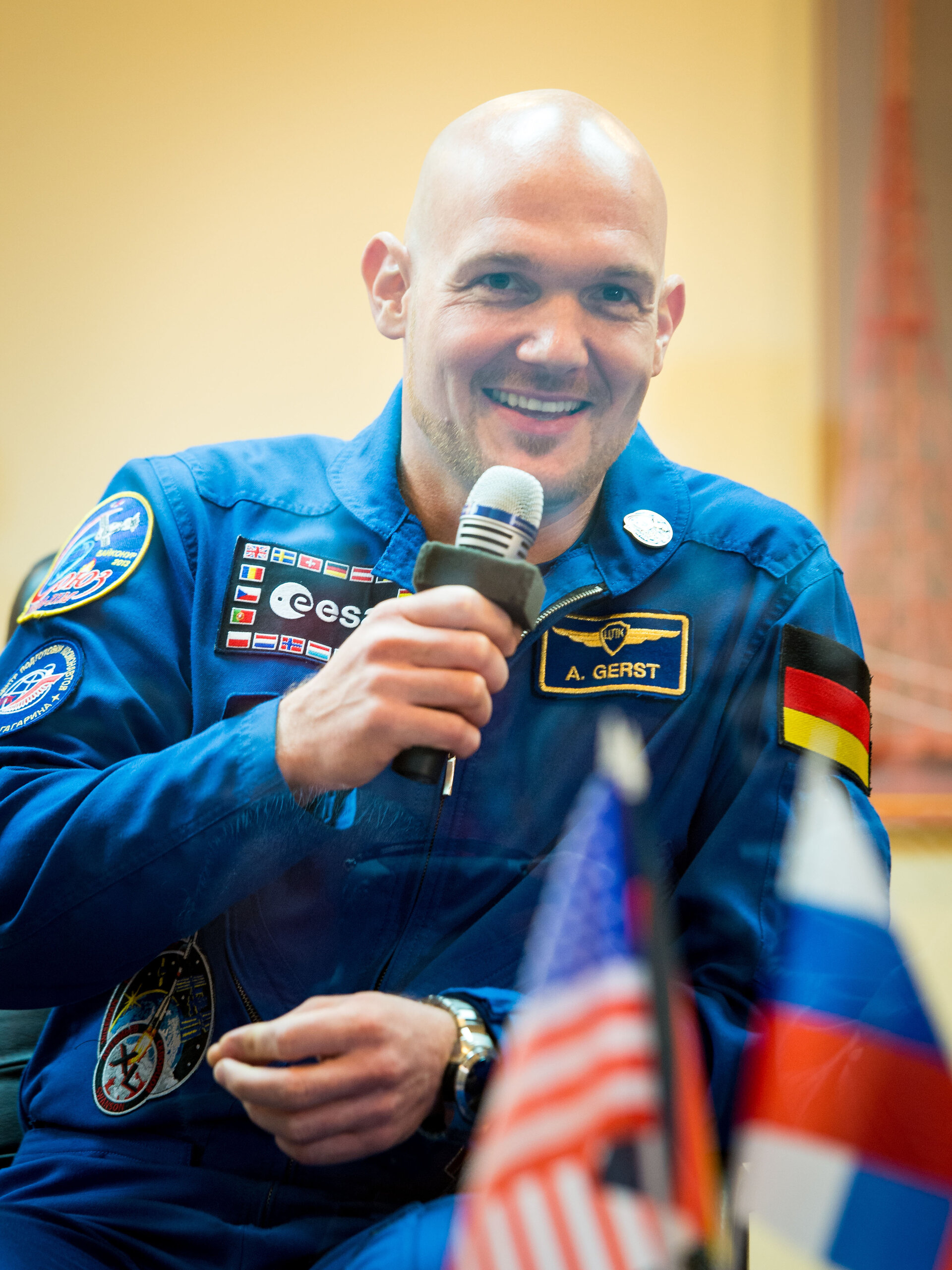 Expedition 38 backup crew member Alexander Gerst of the European Space Agency is seen in quarantine, behind glass, during the final press conference held a day ahead of the launch of Expedition 38 prime crew members; Flight Engineer Koichi Wakata of the Japan Aerospace Exploration Agency, Soyuz Commander Mikhail Tyurin of Roscosmos and Flight Engineer Rick Mastracchio of NASA, to the International Space Station, 6 November, 2013 at the Cosmonaut Hotel in Baikonur, Kazakhstan.