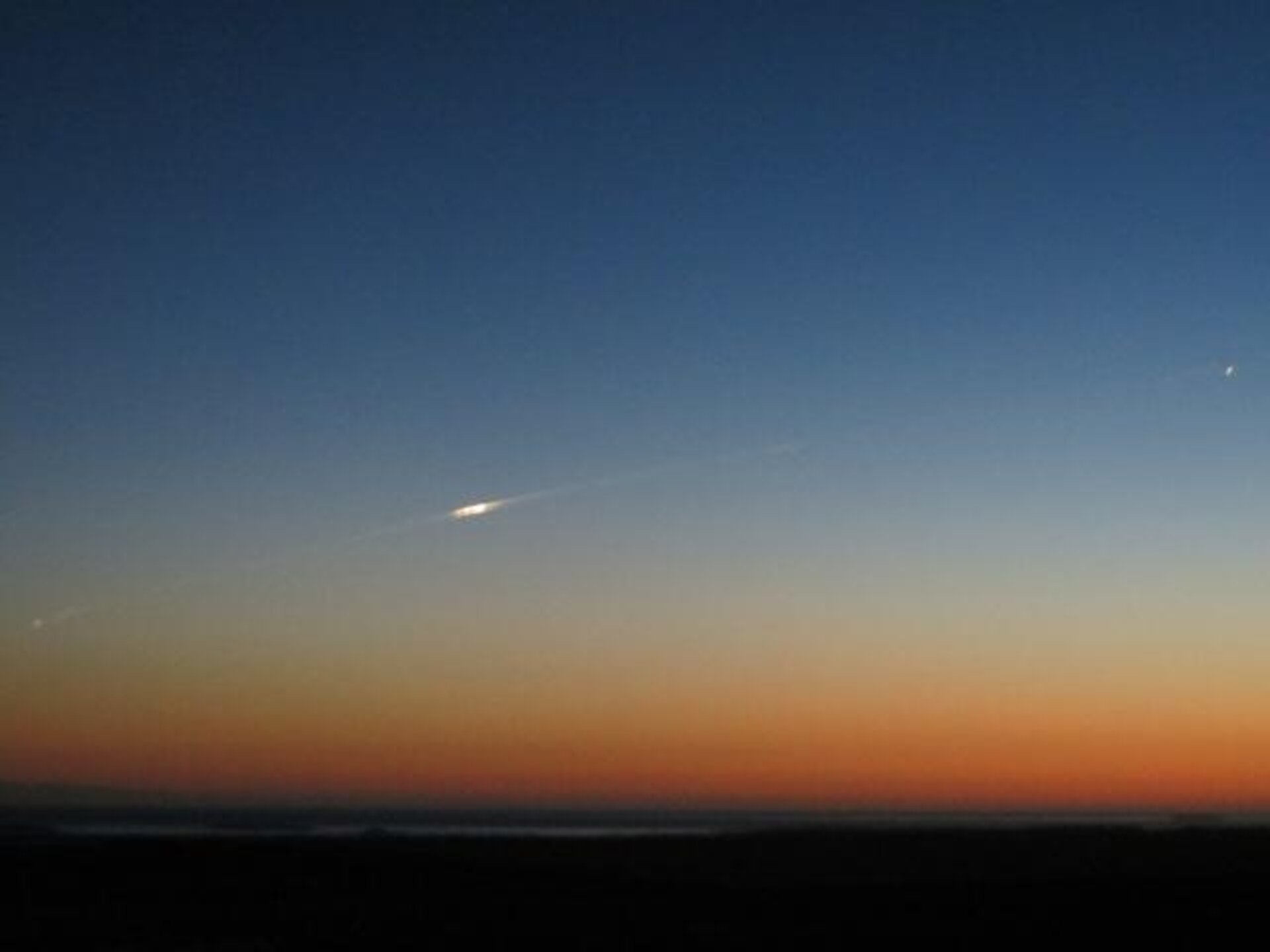 Photo of GOCE reentering the atmosphere taken by Bill Chater in the Falklands at 21:20 local time on 11 November. Posted on Twitter, Bill wrote, “Driving southwards at dusk, it appeared with bright smoke trail and split in 2 before splitting again into more and going on north.”

After more than four years mapping Earth’s gravity with unrivalled precision, the GOCE mission came to a natural end when it ran out of fuel on 21 October.