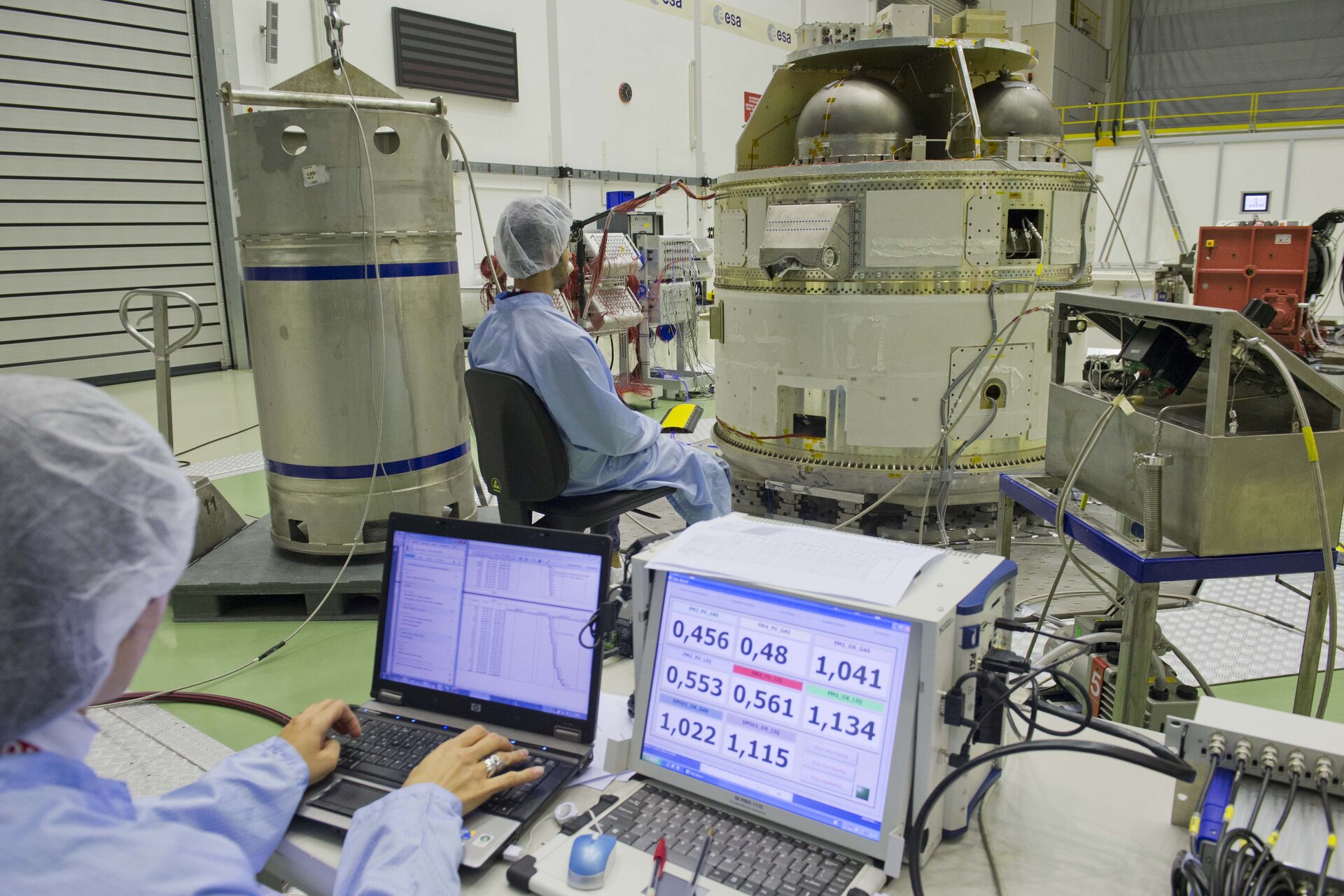 ESA's Vega launcher fourth stage, known as the Attitude Vernier Upper Module, AVUM, being prepared for testing on the QUAD shaker at the ESTEC Test Centre in Noordwijk, the Netherlands, in November 2013. The AVUM is being qualified for launch while partially rather than fully filled with propellant, to increase its payload capacity.