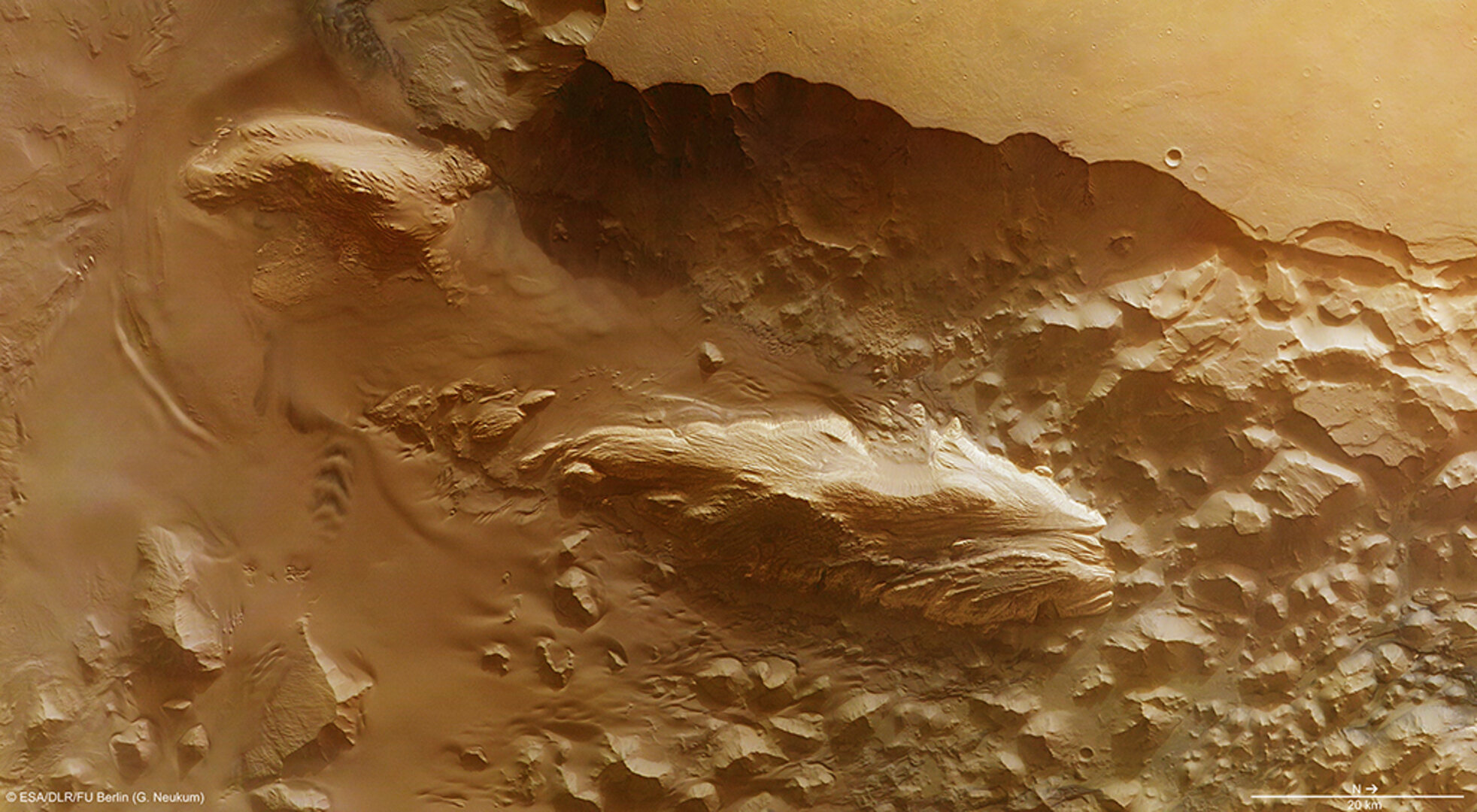 Intriguing mounds of light-toned layered deposits sit inside Juventae Chasma, surrounded by a bed of soft sand and dust.

The origin of the chasma is linked to faulting associated with volcanic activity more than 3 billion years ago, causing the chasma walls to collapse and slump inwards, as seen in the blocky terrain in the right-hand side of this image.

At the same time, fracturing and faulting allowed subsurface water to spill out and pool in the newly formed chasm. Observations by ESA’s Mars Express and NASA’s Mars Reconnaissance Orbiter show that the large mounds inside the chasma consist of sulphate-rich materials, an indication that the rocks were indeed altered by water.

The mounds contain numerous layers that were most likely built up as lake-deposits during the Chasma’s wet epoch. But ice-laden dust raining out from the atmosphere – a phenomenon observed at the poles of Mars – may also have contributed to the formation of the layers.

While the water has long gone, wind erosion prevails, etching grooves into the exposed surfaces of the mounds and whipping up the surrounding dust into ripples.