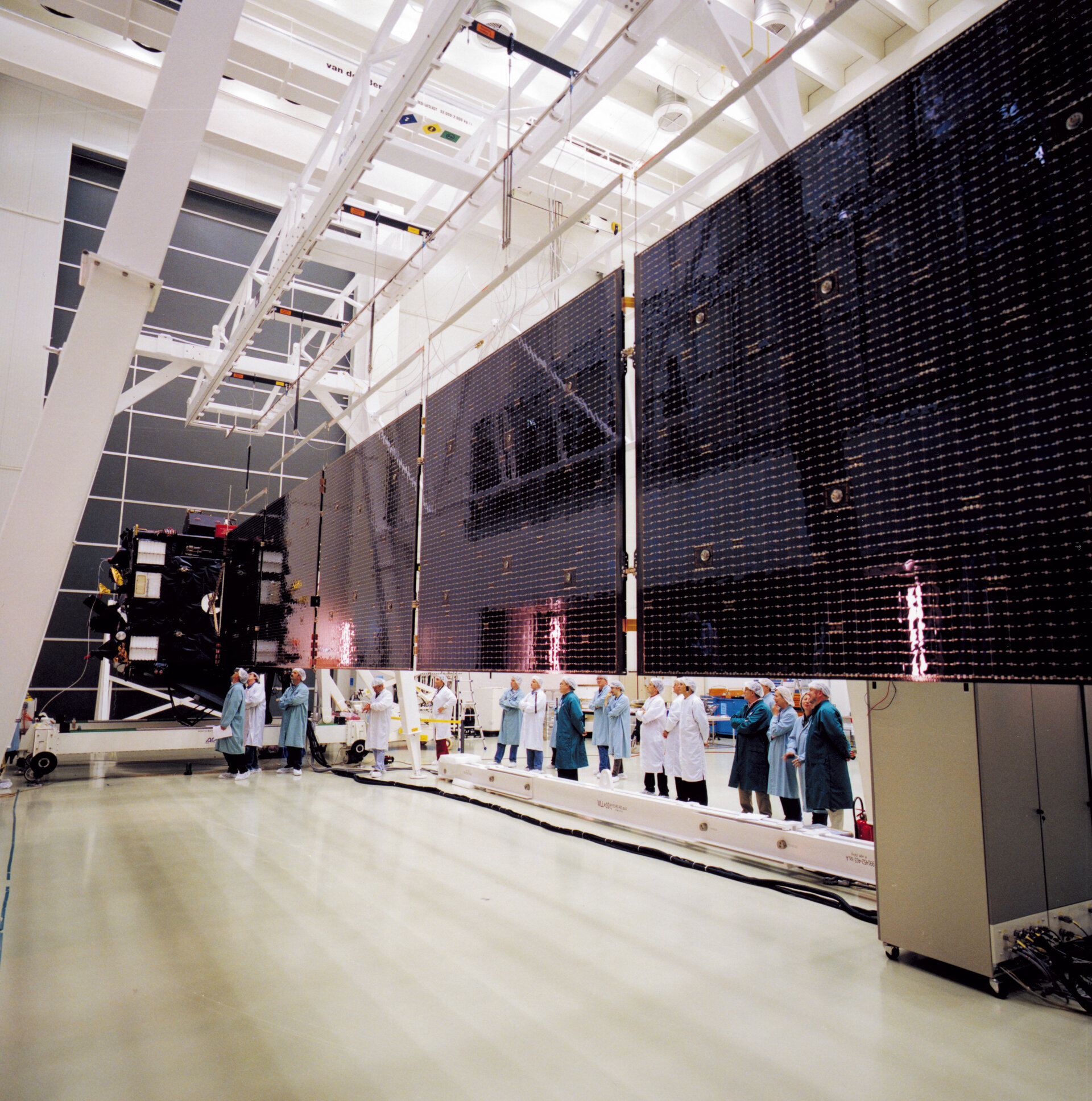 Rosetta marks several firsts in space exploration. It is the first mission to journey beyond the main asteroid belt relying solely on solar cells for power generation, allowing it to operate 800 million km from the Sun, where levels of sunlight are only 4% of those received by Earth. Rosetta’s electric power generation was based on a new technology of very high-efficiency solar cells known as LILT cells, standing for Low Intensity, Low Temperature.

Rosetta will cover a huge range of distances from the Sun, from its launch to the colder, outer reaches of the Solar System and back, so temperature control inside the spacecraft is critical.   When the spacecraft is near the Sun, overheating has been prevented by using special radiators to dissipate surplus heat into space.  In the outer Solar System, where temperatures are very low, the hardware must be kept warm.  This was achieved by locating  heaters at strategic points, placing louvres over the radiators, and wrapping the spacecraft in multi-layered insulation blankets to cut down on heat loss.

The greatest challenge was to ensure that Rosetta survived the hazards of travelling through deep space for more than 10 years.  Knowhow gained from telecommunication satellites, which have a nominal life time of over 10 years, was critical input in the preparatory phase of the spacecraft, and engineers conducted highly stringent pre-launch tests to confirm Rosetta's endurance.