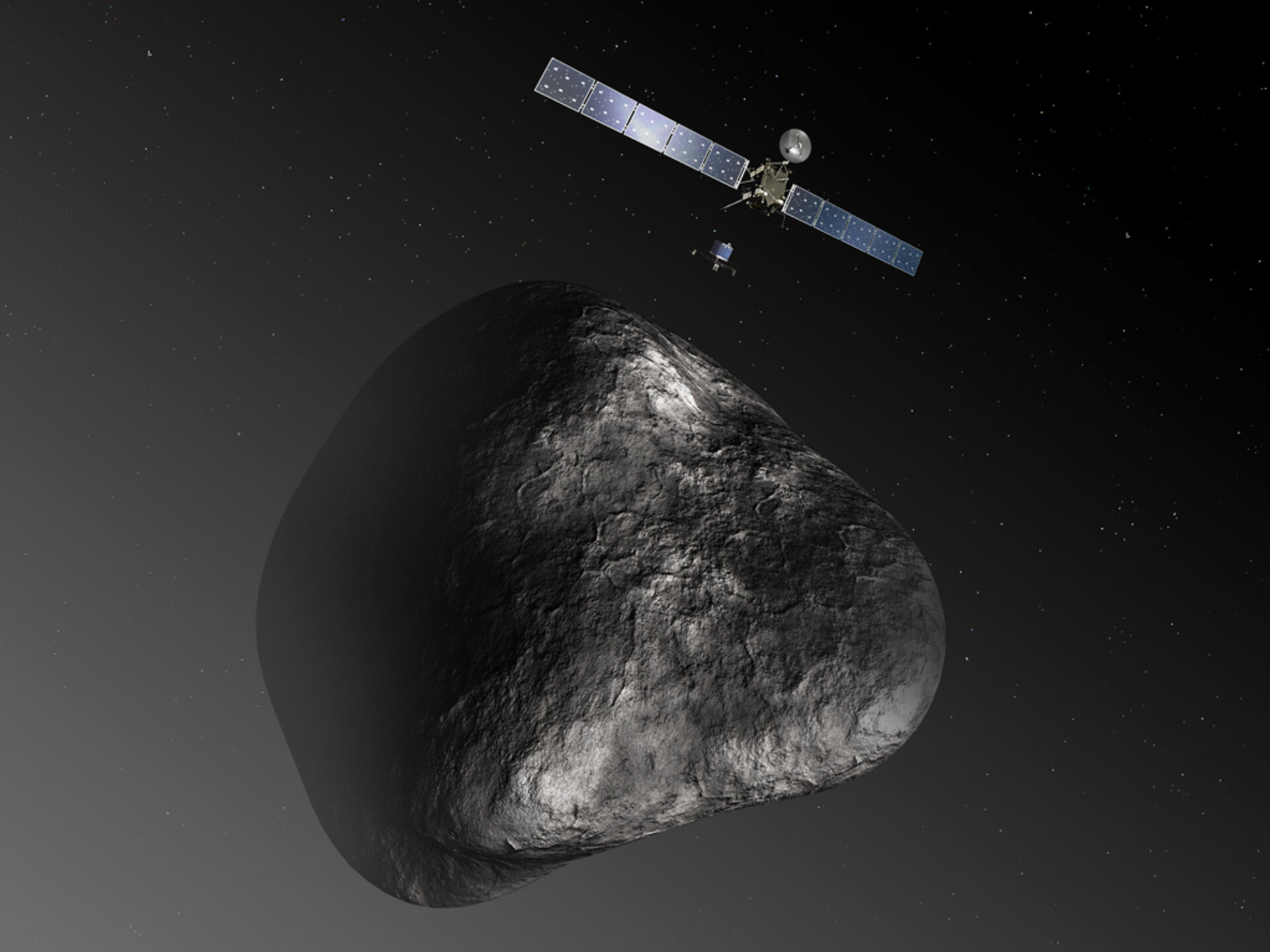 Rosetta and Philae at comet

Artist’s impression of the Rosetta orbiter deploying the Philae lander to comet 67P/Churyumov–Gerasimenko. After an extensive mapping phase by the orbiter in August–September 2014, a landing site will be selected for Philae to conduct in situ measurements in November 2014. The image is not to scale; the Rosetta spacecraft measures 32 m across including the solar arrays, while the comet nucleus is thought to be about 4 km wide.