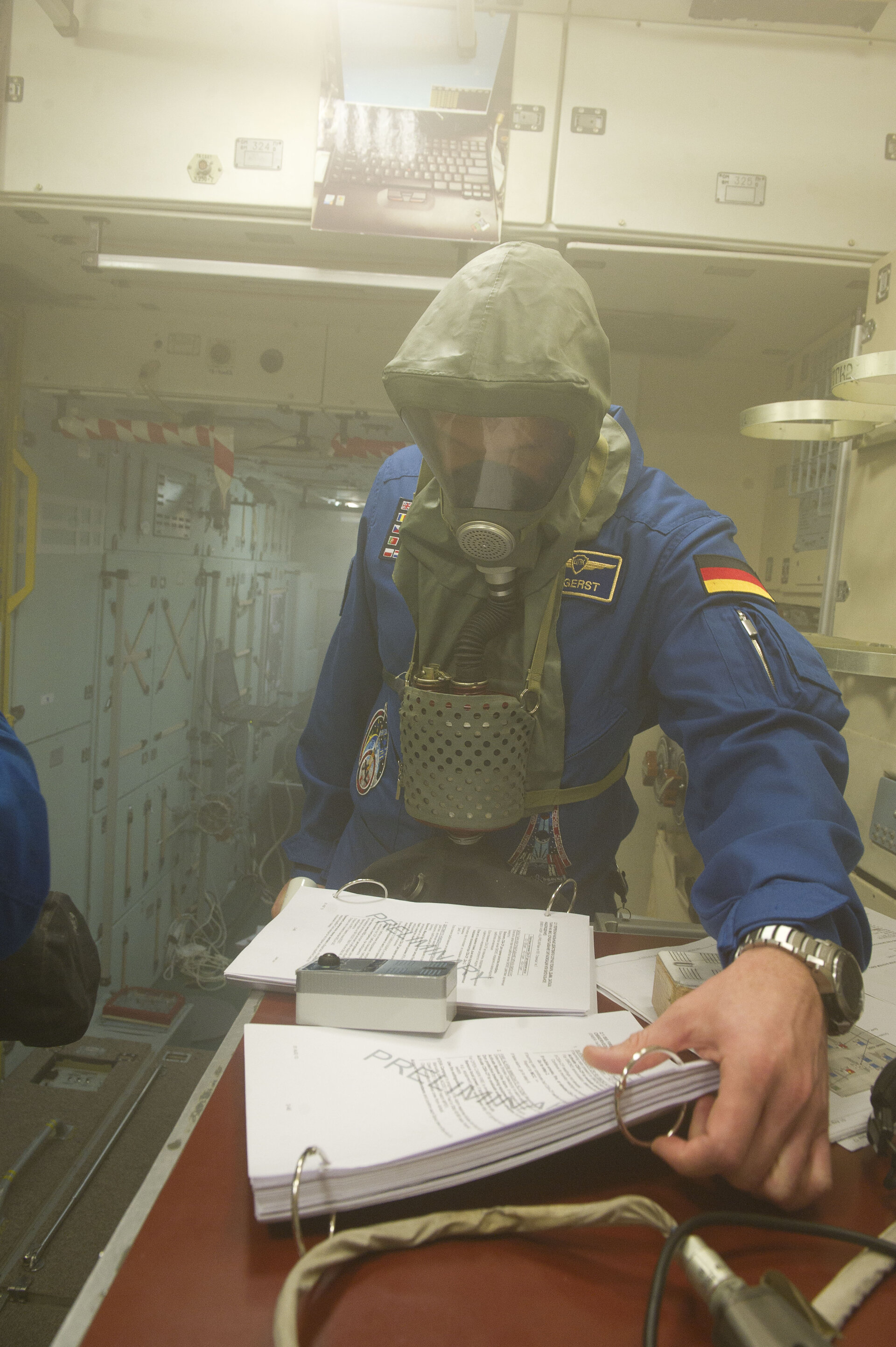 Alexander Gerst of the European Space Agency during a Soyuz TMA spacecraft training session at the Gagarin Cosmonaut Training Center in Russia, on 28 August 2013.