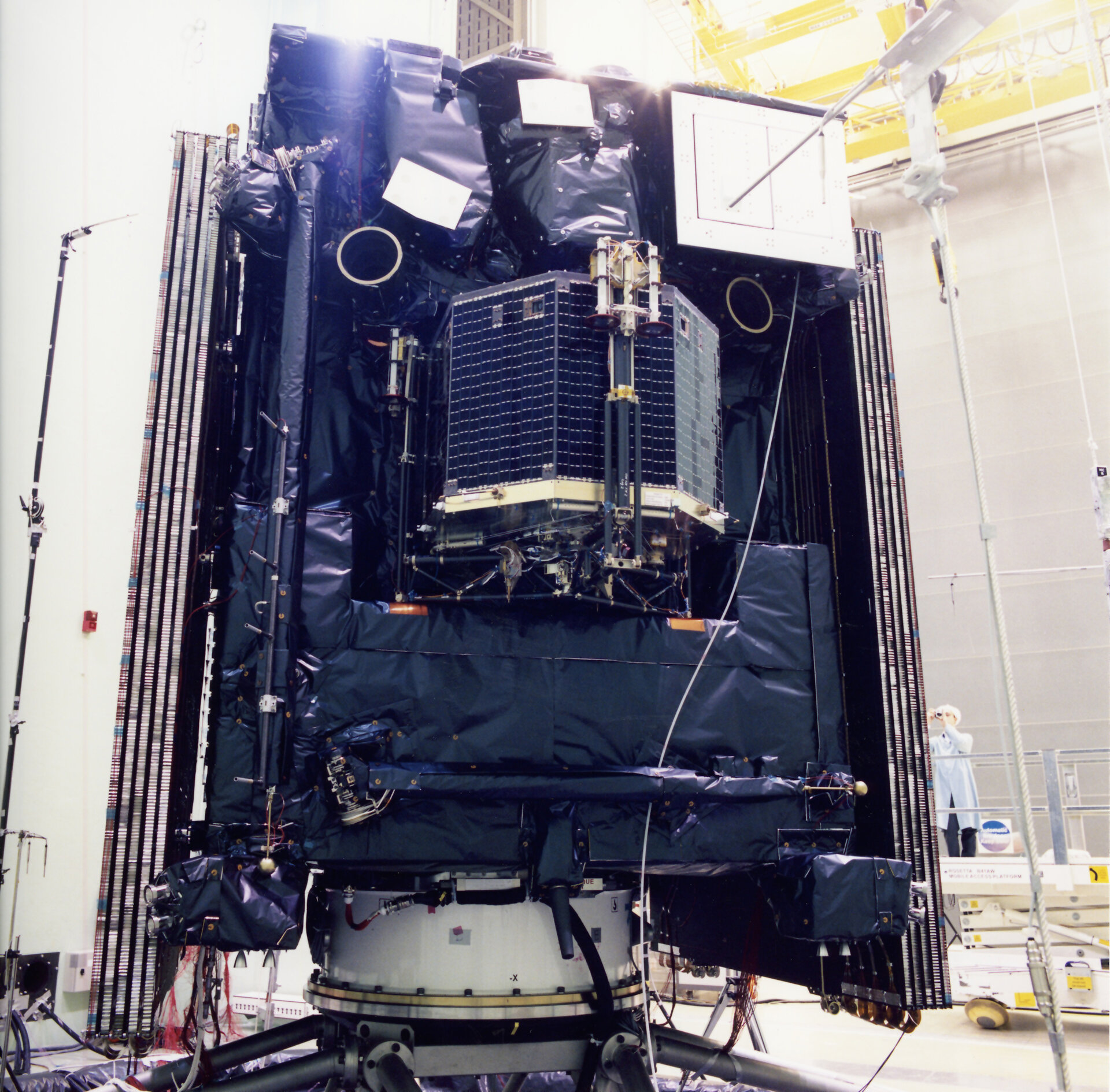 Flight model of the Rosetta spacecraft being transferred within the ESTEC Test Centre for acoustic and vibration testing in April 2002. Its folded solar wings can be seen on either side of the main box-shaped hull, with the Philae lander – which landed on comet 67P/Churyumov–Gerasimenko in November 2014 – folded up on the front side.