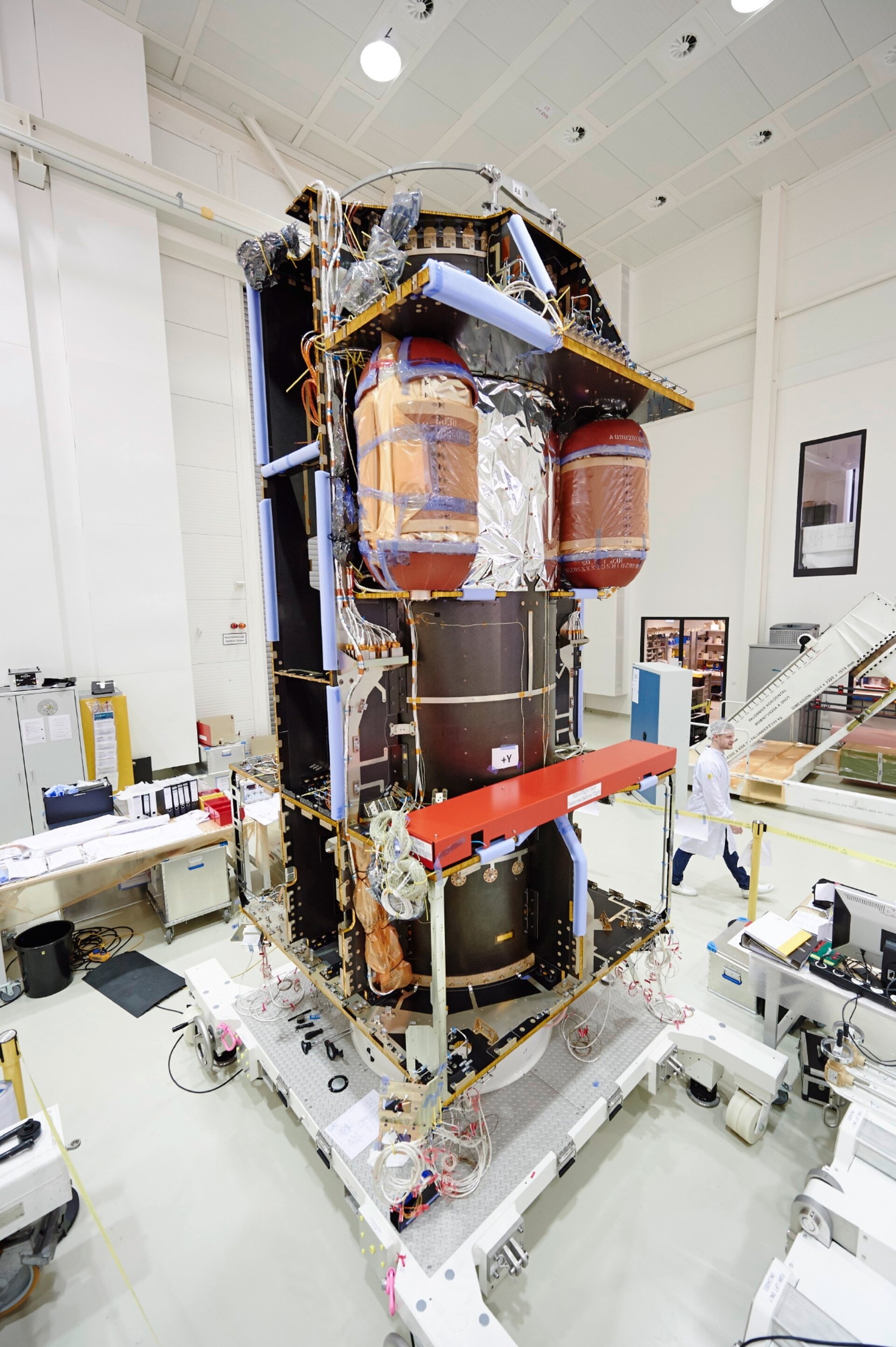 The ExoMars Trace Gas Orbiter module consisting of the spacecraft structure, thermal control and propulsion systems was handed over by OHB System to Thales Alenia Space France at a ceremony held 3 February 2014 in Bremen, Germany.

Comprising two missions that will be launched to Mars in 2016 and 2018, respectively, ExoMars will address the outstanding scientific question of whether life has ever existed on Mars by drilling the surface of the planet and analysing in situ the samples. The ExoMars programme will also demonstrate key technologies for entry, descent, landing, drilling and roving on the martian surface.

The Trace Gas Orbiter, or TGO, will be launched in 2016 along with Schiaparelli – the entry, descent and landing demonstrator module.