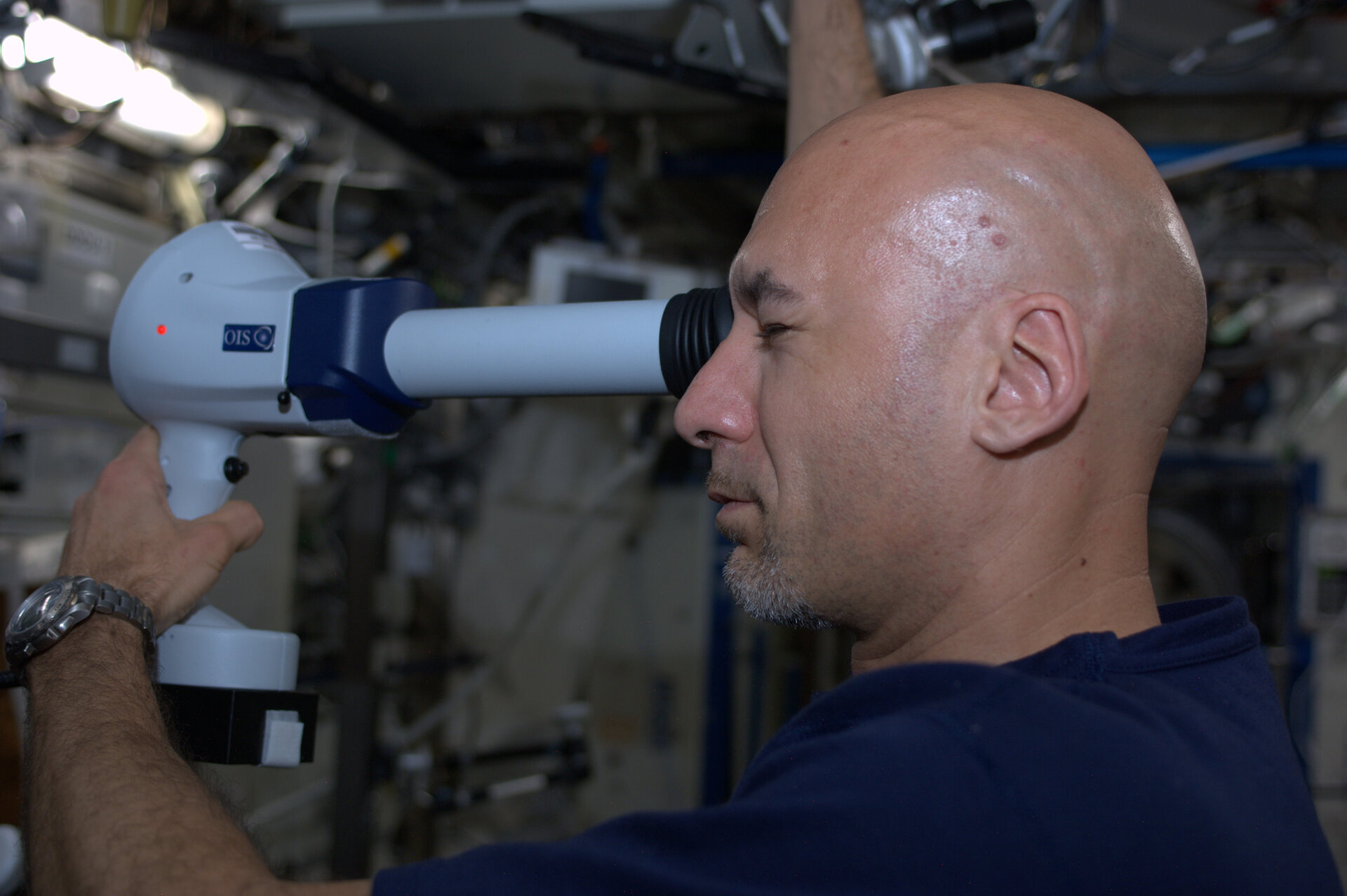 ESA astronaut Luca Parmitano does an eye test as part of an experiment on the International Space Station, June 2013.

Luca was launched from Baikonur, Kazakhstan, on 28 May 2013 on a Soyuz rocket with Russian cosmonaut Fyodor Yurchikhin and NASA astronaut Karen Nyberg.

He served as flight engineer on the Station for Expeditions 36 and 37 and was the first of ESA’s new generation of astronauts to fly into space.