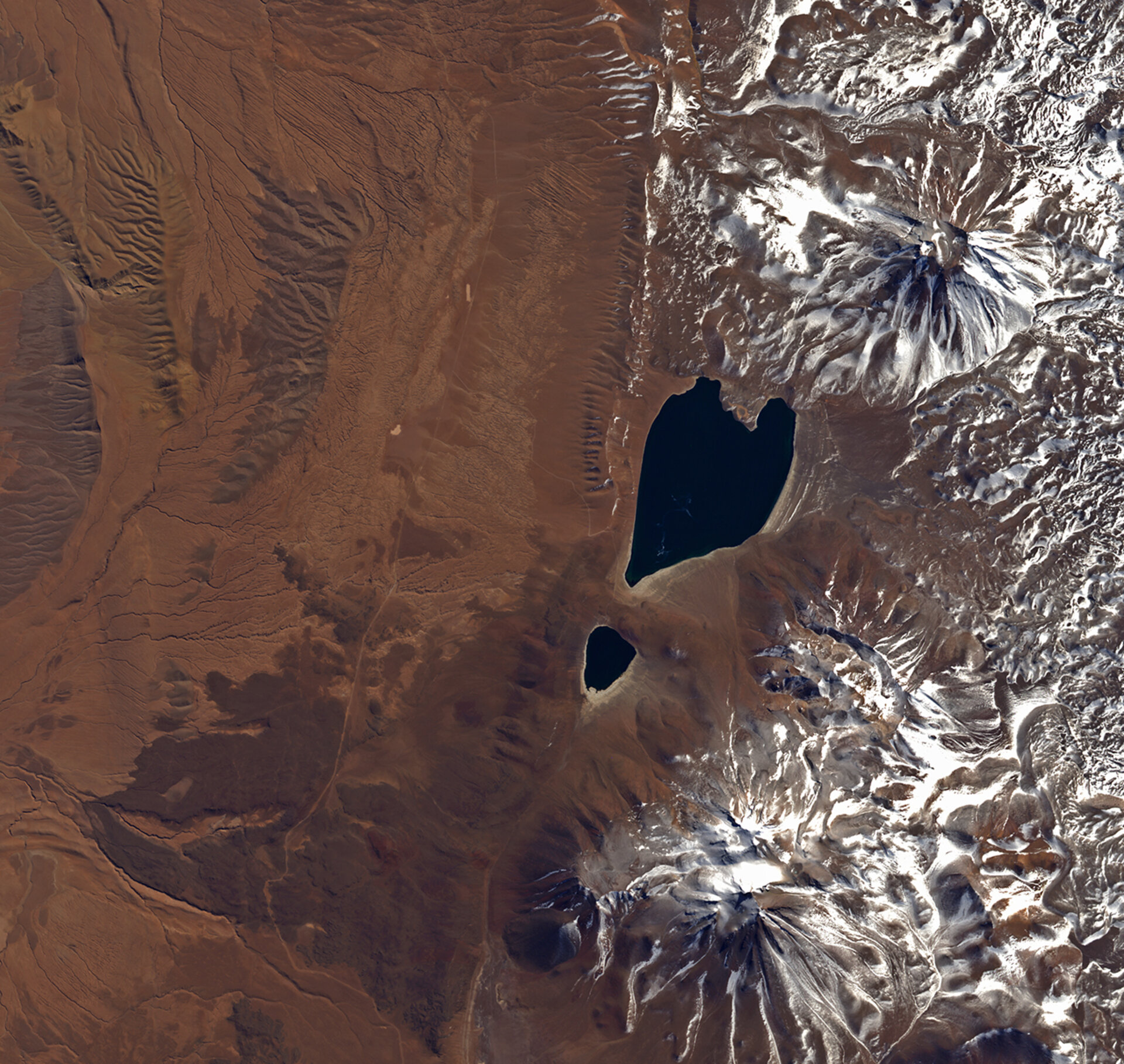 Heart of the Atacama

The lakewater is brackish – meaning that it’s saltier than freshwater, but not as much as seawater. This is due to the salinity in the soil. Chile’s largest salt flat – the Salar de Atacama – lies to the west (not pictured).

Two partially snow-covered volcanoes can be seen above and below the lakes on the right, while plains stretch out to the west in a nearly vegetation-free environment.

The area pictured is part of the Atacama Desert, which runs along part of South America’s central west coast. It is considered one of the driest places on Earth, as moisture from the Amazon Basin is blocked by the Andes to the east, as well as from the Pacific Ocean by the Chilean Coastal Range to the west. Pacific Ocean currents and wind circulation also play a major role in the desert climate.

Because of the Atacama plateau’s high altitude, low cloud cover and lack of light pollution, it is one of the best places in the world to conduct astronomical observations and home to two major observatories.

Some areas of the desert have been compared to the planet Mars, and have been used as a location for filming scenes set on the red planet. Just last year, ESA tested a self-steering rover in the Atacama, which was selected for its similarities to martian conditions.

The Japanese Advanced Land Observation Satellite, or ALOS, captured this image on 30 May 2010.