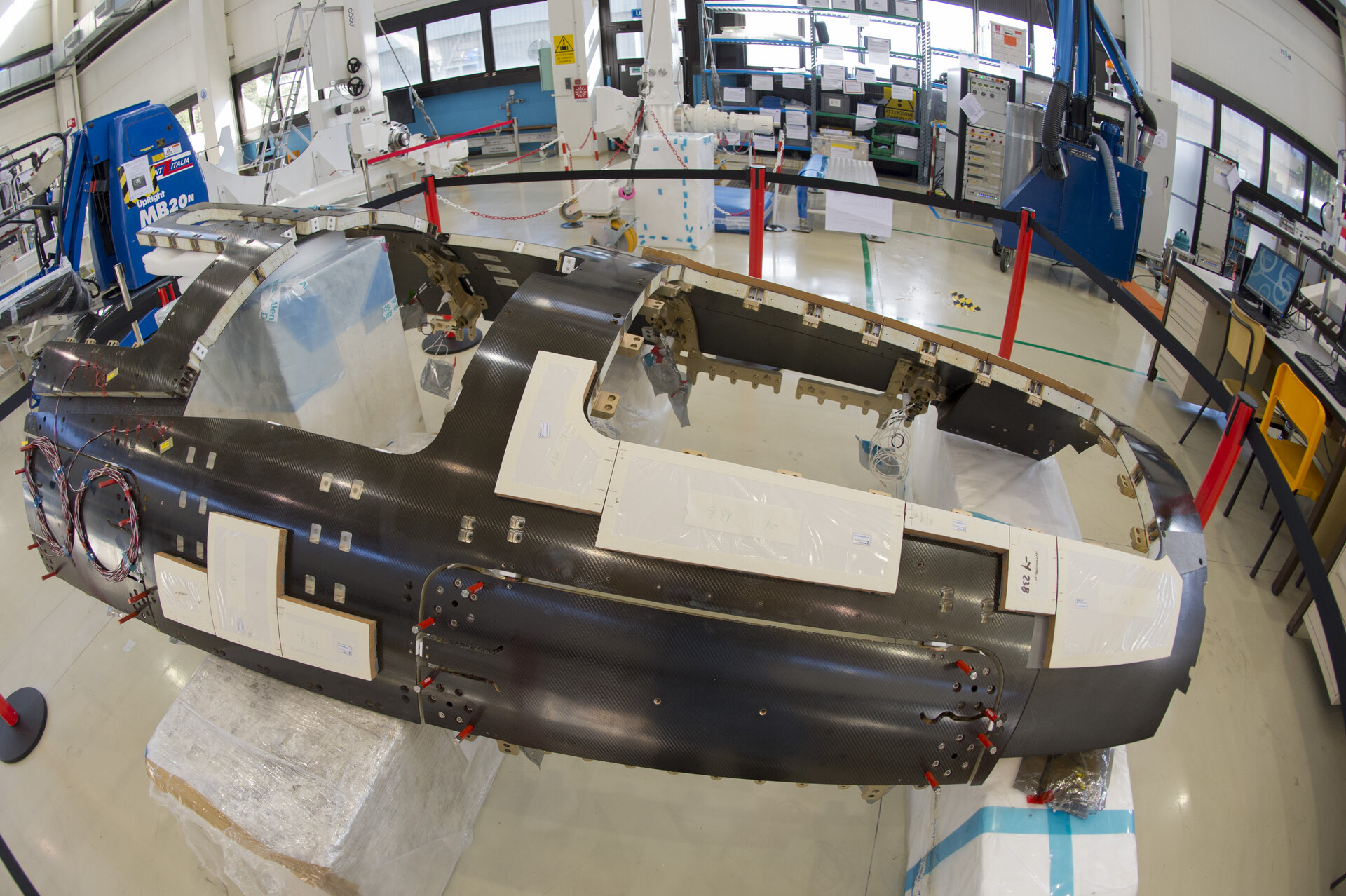 The Intermediate eXperimental Vehicle (IXV) flight model during integration at Thales Alenia Space, Torino, Italy, on 12 February 2014.
It will be launched by ESA in 2014 on Vega, Europe’s new small launcher, into a suborbital path. It will reenter the atmosphere as if from a low-orbit mission, testing new European reentry technologies during its hypersonic and supersonic flight phases.