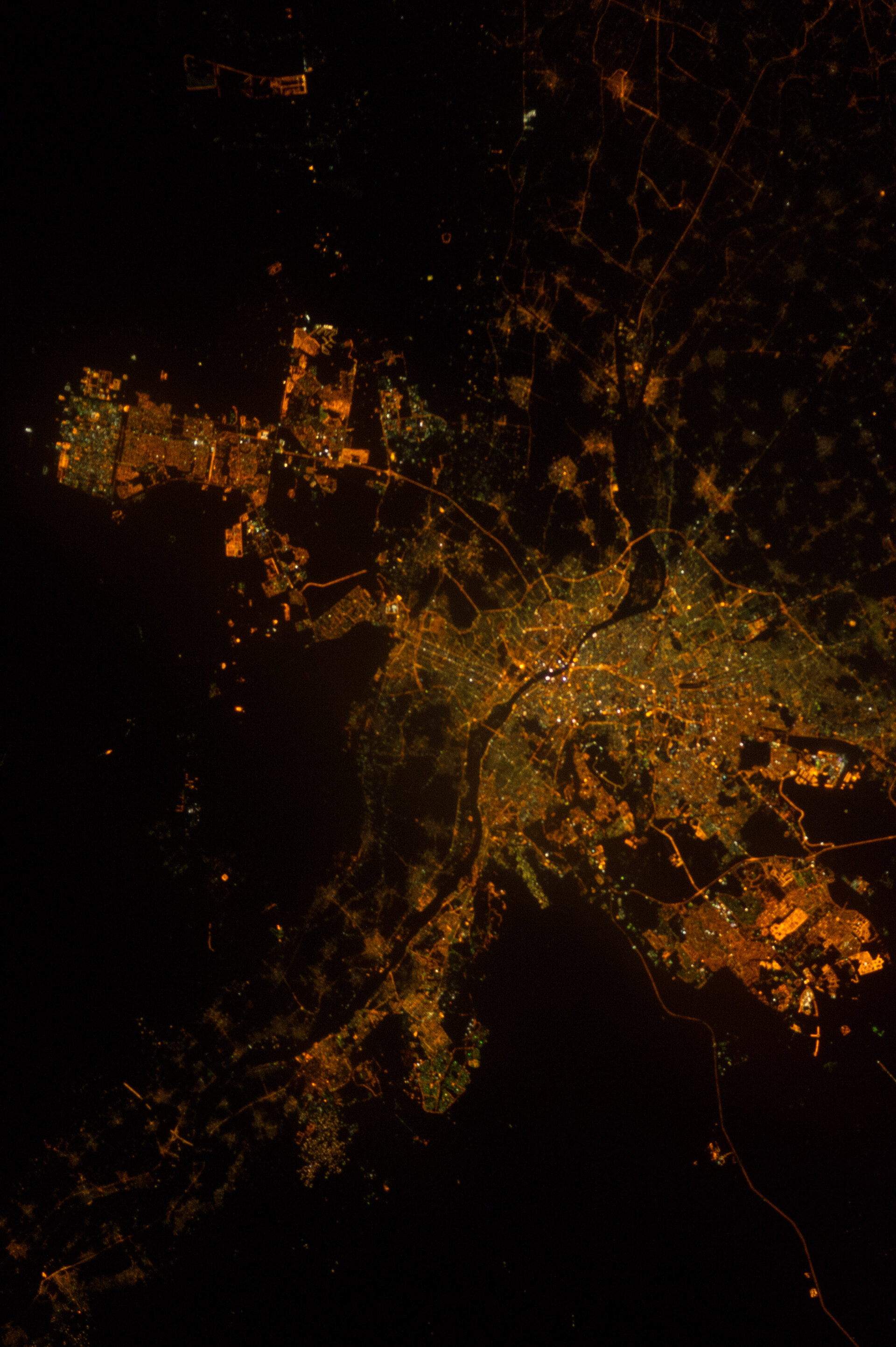 This night-time image of the Nile River running into the delta that ends in the Mediterranean Sea clearly shows Egypt’s capital city, Cairo, and its satellite cities. The image taken by an astronaut on the International Space Station shows how humans have colonised our planet over the ages.

To the right of Cairo are even newer settlements, the aptly named New Cairo City houses many universities and lies in the desert further away from the resource-rich Nile river. These satellite cities attract people away from the densely populated Cairo.

To the North (top-right in this picture) lie the agricultural fields that rely on water from the Nile River. Interspersed at crossroads are smaller cities and villages that give off the distinctive yellow glow of human settlements at night.