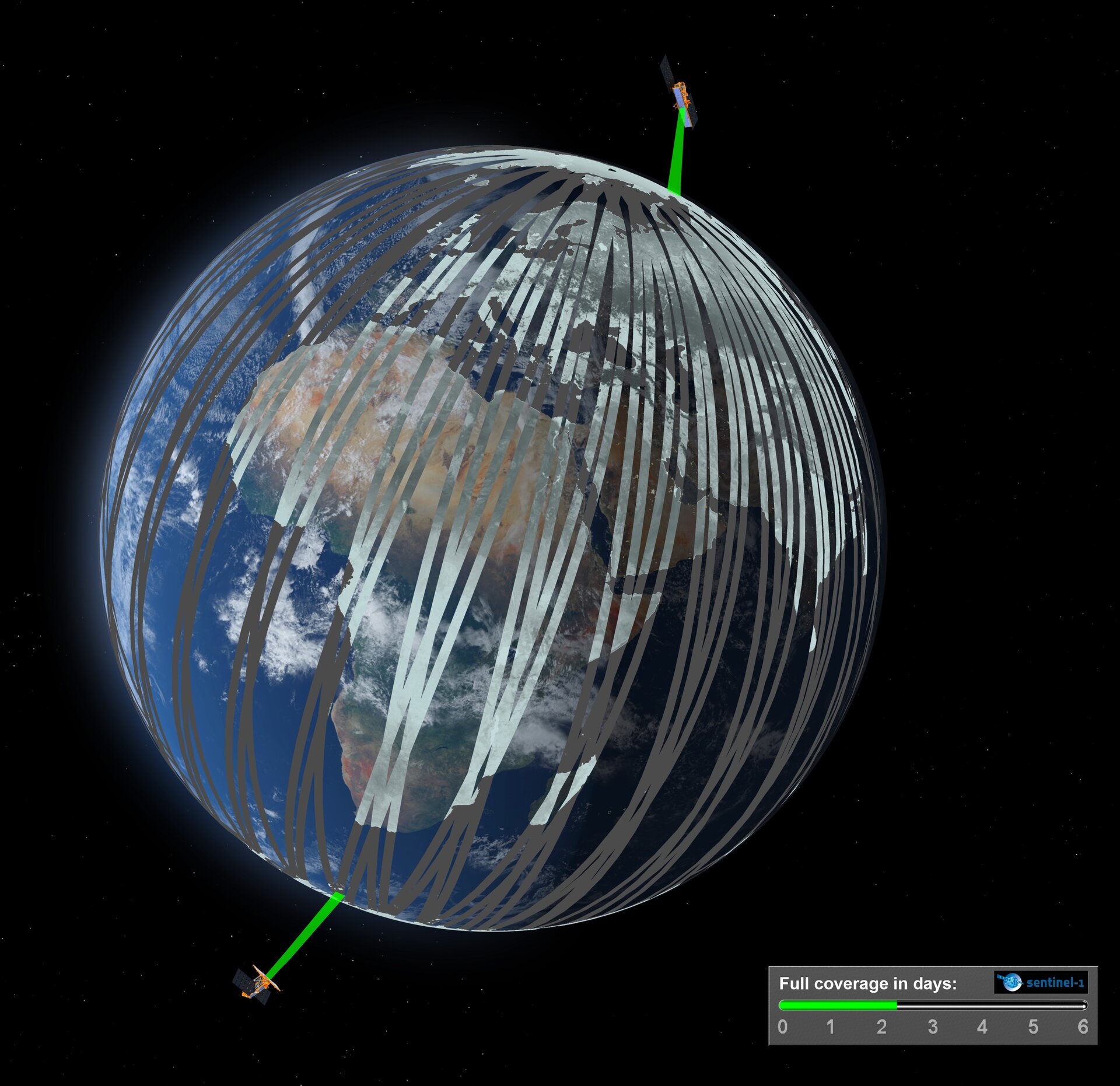 The Sentinel-1 mission comprises two satellites orbiting Earth 180° apart. Working together, they offer global revisit every six days. Sentinel-1A is set to be launched on 3 April 2014 and Sentinel-1B in 2016. The satellites carry an advanced radar instrument to image Earth’s surface through cloud and rain, and regardless of whether it is day or night. As such, they will deliver timely information for numerous Copernicus services, from monitoring ice in polar oceans to tracking land subsidence. This new mission is also designed specifically for fast response to aid emergencies and disasters such as flooding and earthquakes.