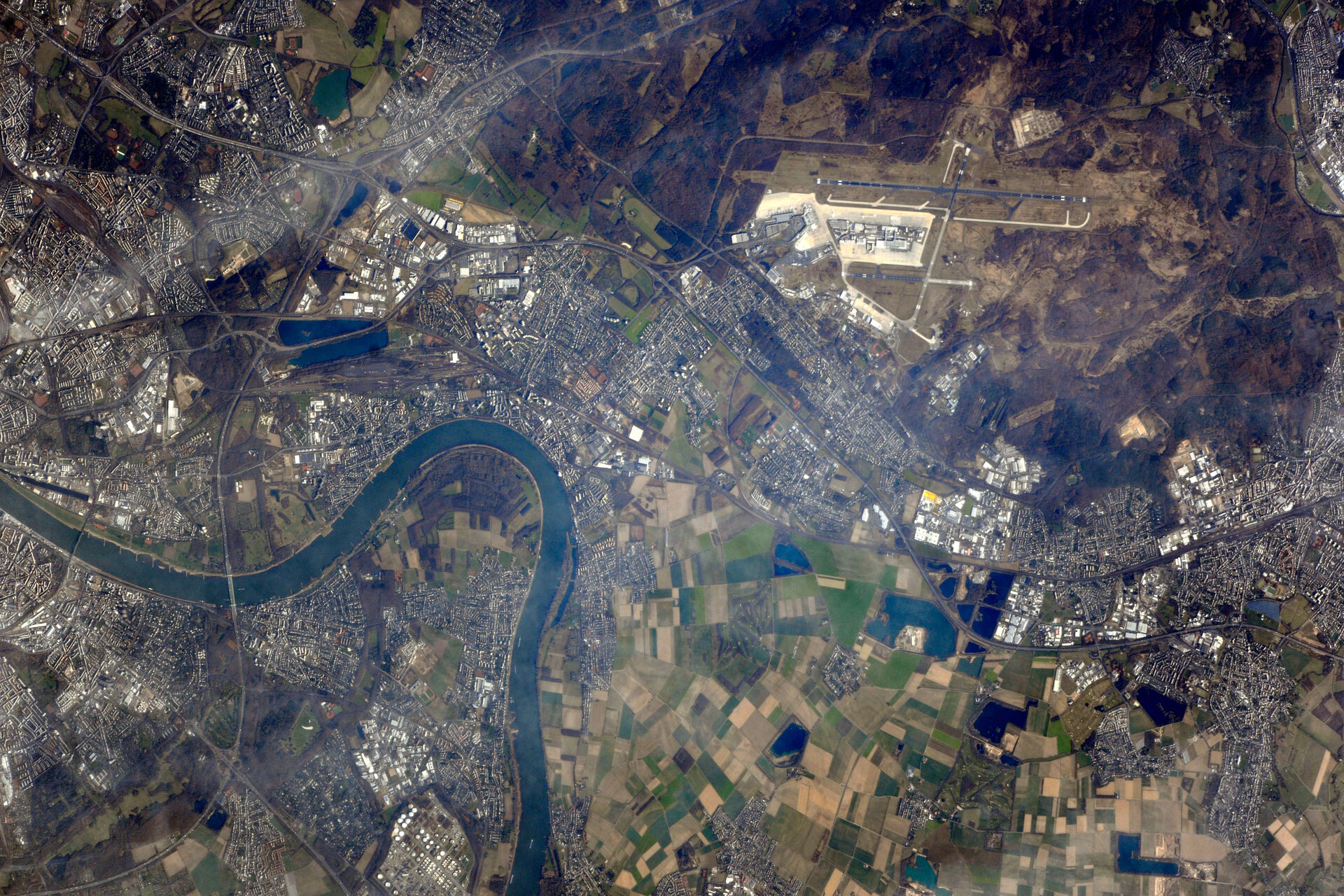 Astronauts on the International Space Station often spend free time gazing at Earth. The outpost orbits our planet at around 400 km altitude, offering unique views. The European-built Cupola module has a 360º bay window to monitor approaching spacecraft but it also provides breathtaking vistas.

This image was taken on 4 March 2014 and shows a cloud-free view of the Rhine river winding towards Cologne on the left. The astronaut who took this picture might have recognised ESA’s European Astronaut Centre situated at the DLR German Aerospace Center site below Cologne-Bonn Airport. All Station astronauts train there on European experiments and systems before they leave Earth on their mission.