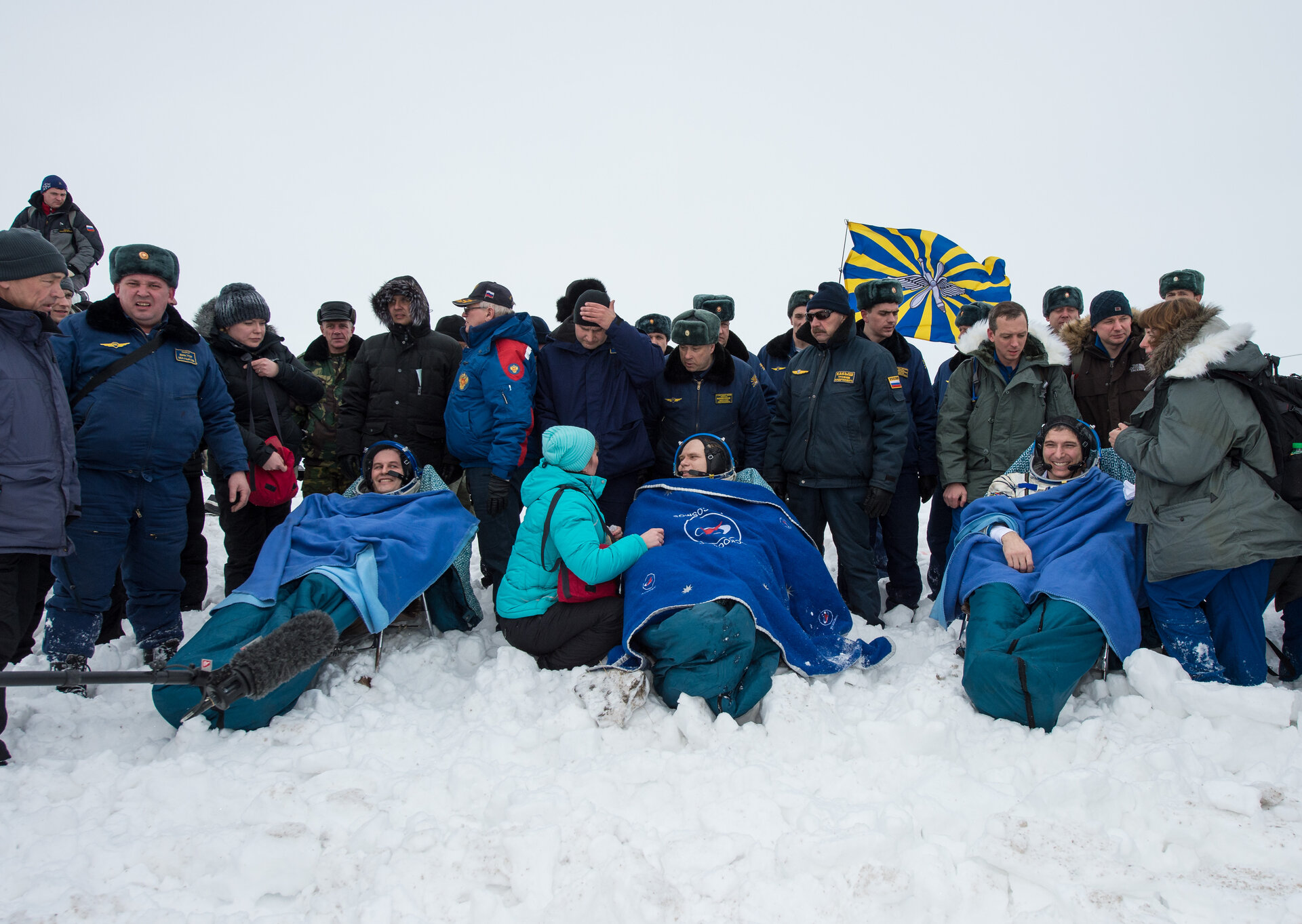 Expedition 38 Flight Engineer Sergey Ryazanskiy of the Russian Federal Space Agency, Roscosmos, left, Commander Oleg Kotov of Roscosmos, center, and, Flight Engineer Mike Hopkins of NASA, sit in chairs outside the Soyuz TMA-10M capsule shortly after they landed in a remote area near the town of Zhezkazgan, Kazakhstan, on Tuesday, March 11, 2014. Hopkins, Kotov and Ryazanskiy returned to Earth after five and a half months on the International Space Station.