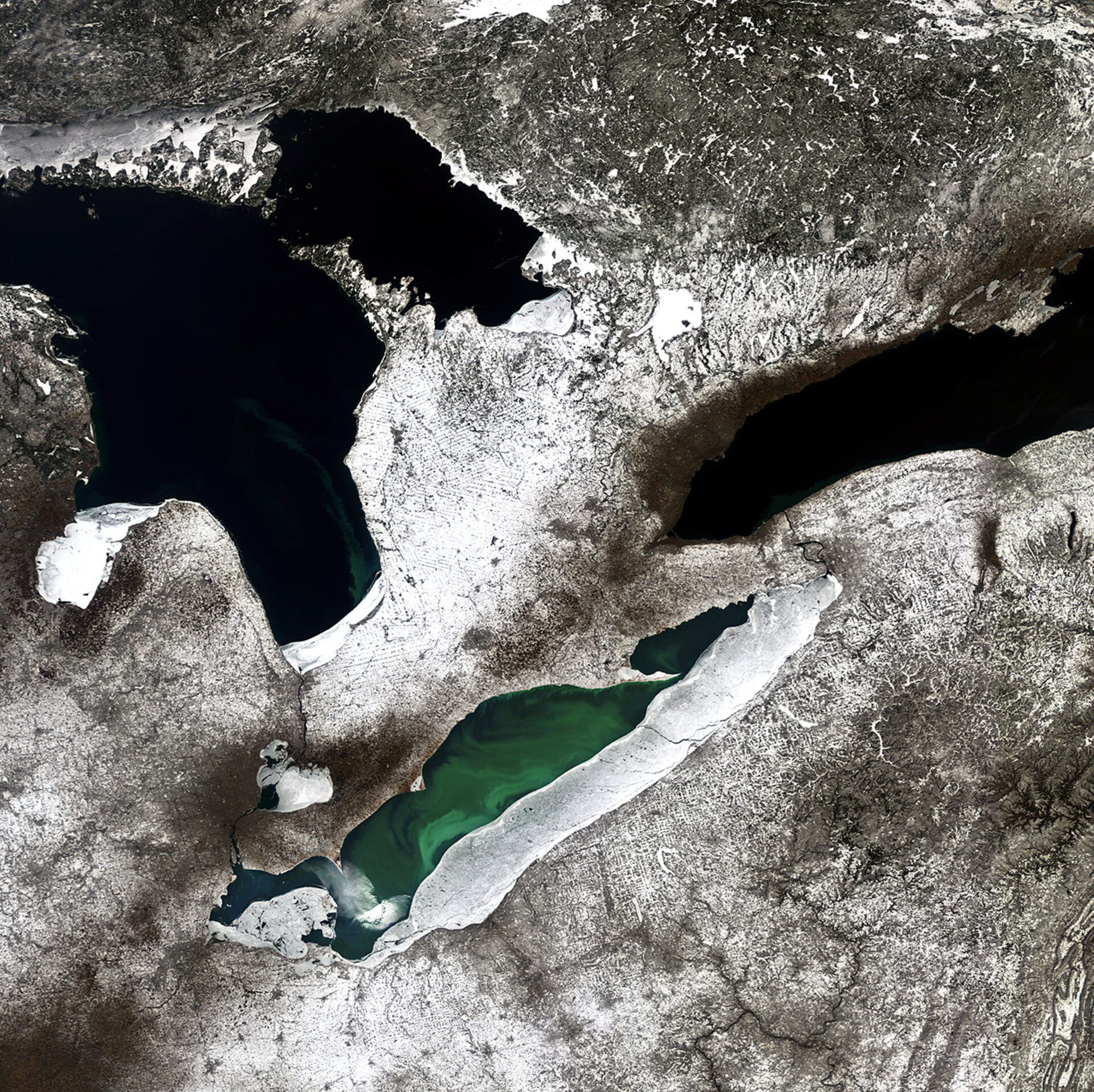 About 100 000 years ago, a major ice sheet formed over most of Canada and part of the US. As the ice sheet formed, giant glaciers flowed into the land carving out valleys and levelling mountains.

Some 14 000 years ago, higher temperatures began to melt the ice sheet, and meltwater filled the small and large holes left by the glaciers. Many of these holes today still contain water and form the thousands of lakes of the central USA and Canada. The biggest remnants of this process are the Great Lakes.

Covering an area of over 244 000 sq km and containing about 22 600 cubic km of water, together the Great Lakes form the largest connected area of fresh, surface water on Earth. The only place where more fresh water is contained is in the polar ice caps.

They have played an important role in North America’s economic development by providing a transportation system between the agricultural and mining regions on the western shores with the market centres on the East Coast. The ability to ship materials such as coal, iron and ore also gave rise to the steel and automobile industries in the area. Detroit – nicknamed ‘Motor City’ – is located on the Detroit River (lower left).

This image was acquired on 6 March 2010. Snow cover is evident across the land, and we can see ice build-up along some of the lakes’ edges.

A green algal bloom is also visible in Lake Erie. These toxic blooms have been a problem for the lake in recent years. Caused by heightened levels of phosphorus – found in fertilisers and common household products – finding its way into the water, these blooms have increased the size of the lake’s low-oxygen 'dead zone'.