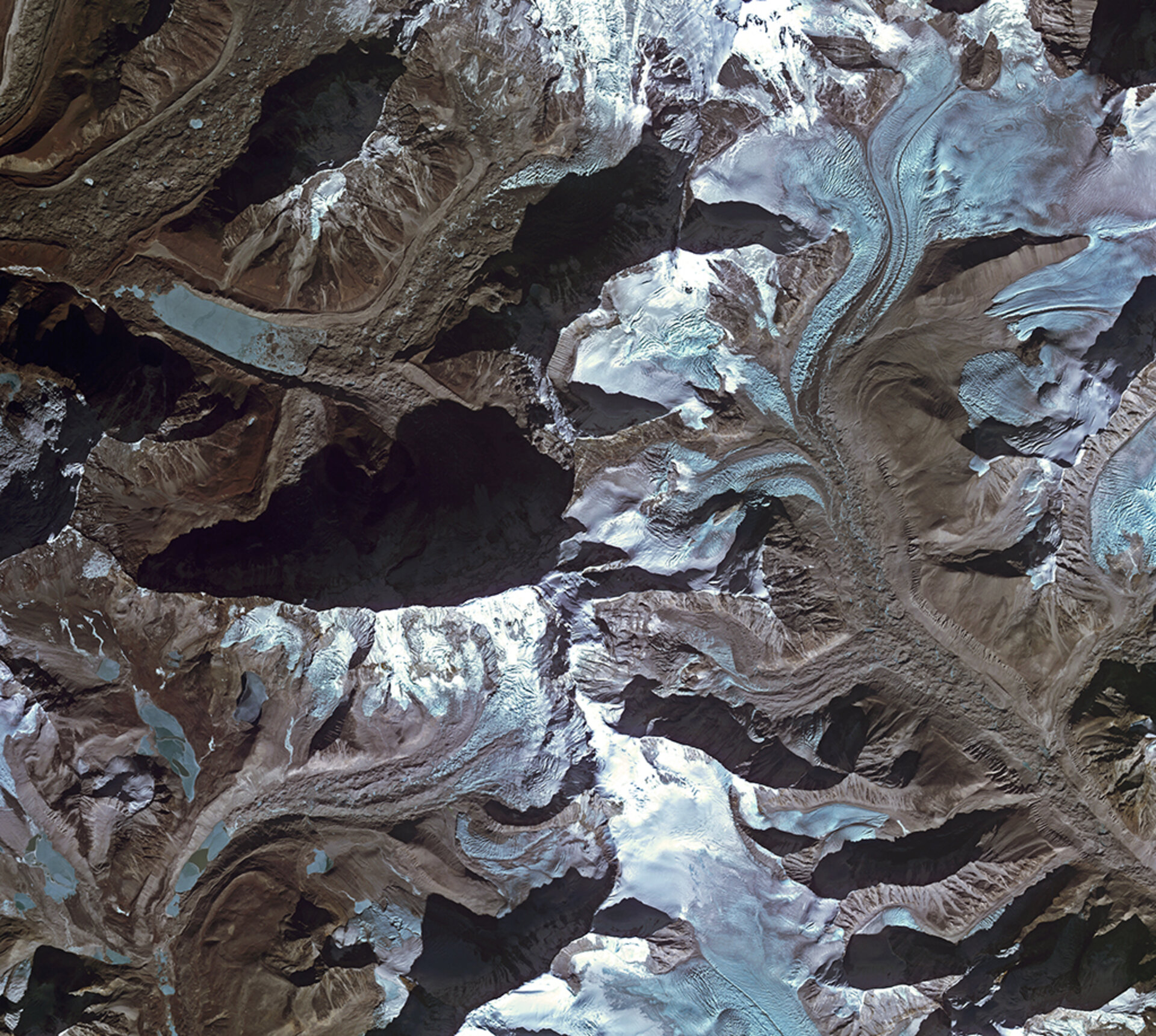 This satellite image shows an area of the Himalaya mountain range in northeastern Nepal, about 8 km south of Mount Everest (not pictured).

The range is also home to thousands of glaciers, including the Imja glacier in the upper-central part of this image. Studies have shown an increase in the rate of glacial retreat for Imja and many other glaciers in the region – and in the world.

Glaciers are important reservoirs of freshwater on our planet, and their melting or growing is an indicator of climate change. Satellites can help monitor changes in glacier mass and, subsequently, their contribution to rising sea levels.

Glacial runoff from the Himalayas has a direct effect on the nearby rivers such as the Indus and Ganges, and is very important for lower-lying regions where there is a very large human population.

At the foot of the Imja glacier is the Imja lake, pictured in the upper-left. Melt-water makes this one of the fastest growing lakes in the Himalayas, and a threat to downstream communities.

This image, also featured in the Earth from Space video programme, was acquired by South Korea's Kompsat-2 satellite on 14 January 2013.